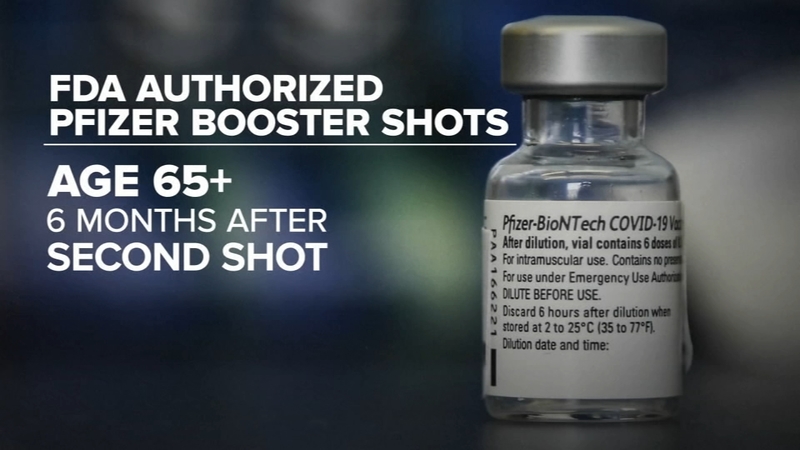 A key advisory panel to the Food and Drug Administration overwhelmingly rejected recommending Pfizer booster shots for most recipients of the company’s coronavirus vaccine, instead endorsing them only for people who are 65 or older or at high risk of severe Covid-19, and received their second dose at least six months ago.

Committee members appeared dismissive of the argument that the general population needed booster shots, saying the data from Pfizer and elsewhere still seemed to show two shots protected against severe disease or hospitalization and did not prove a third shot would stem the spread of infection. Some also criticized a lack of data that an additional injection would be safe for younger people.

“It’s unclear that everyone needs to be boosted, other than a subset of the population that clearly would be at high risk for serious disease,” said Dr. Michael G. Kurilla, a committee member and official at the National Institutes of Health.

But the panel’s final recommendation left some room for the White House to argue that the core of its booster strategy remained intact. Depending on how “at high risk” is defined, tens of millions of Americans could conceivably wind up eligible for additional shots of the Pfizer vaccine.

The committee of largely outside experts voted 16 to 2 against a Pfizer booster for people 16 and older after a tense daylong public discussion that put divisions in the agency and the administration on public display. Officials from the Centers for Disease Control and Prevention and the National Institutes of Health joined infectious disease experts and doctors in voting against additional shots for such a broad swath of the population.

Dr. Paul A. Offit, a committee member and the director of the Vaccine Education Center at Children’s Hospital of Philadelphia, questioned whether extra shots would do much at all to change the arc of the pandemic. “We all agree that if we really want to impact this pandemic, we need to vaccinate the unvaccinated,” he said.

But the panel unanimously embraced a fallback position to limit additional shots to older adults and others at high risk of severe Covid illness. Then, after an informal poll pushed by a senior F.D.A. official, committee members specified that health care workers, emergency responders and others whose jobs put them at special risk should also be eligible for the booster shots. The official — Dr. Peter Marks, who oversees the F.D.A.’s vaccine division — said the at-risk group would also include teachers.

Aides in the Biden administration noted that under the White House’s plan to offer booster shots eight months after the second injections, many in that same group would have been first in line because they were vaccinated earliest.

The F.D.A. has the final word on vaccine approvals, and while it is not obliged to follow the committee’s recommendations, it typically does. The agency is likely to issue a decision by early next week.

An advisory committee of the C.D.C. is scheduled to meet Wednesday and Thursday to discuss booster shots before that agency, which sets vaccine policy, issues recommendations on who exactly should receive them.

In a statement about Friday’s vote, Kathrin U. Jansen, senior vice president and head of vaccine research and development at Pfizer, said, “We thank the committee for their thoughtful review of the data and will work with the F.D.A. following today’s meeting to address the committee’s questions, as we continue to believe in the benefits of a booster dose for a broader population.”

Those who have criticized the administration’s booster strategy as overly broad or premature said the advisory committee acted as a necessary check on Friday.

The meeting “put the F.D.A. back in the driver’s seat,” said Dr. Luciana Borio, a former acting chief scientist at the agency. The expert panel, she said, “was allowed to maintain its scientific independence. It understood there were significant limitations with the data presented and that the F.D.A. needs to review the data carefully before making a decision.”

My wife Elaine and I are ready to take our booster shots! We advise all those who meet the F.D.A. recommendation to do so also.