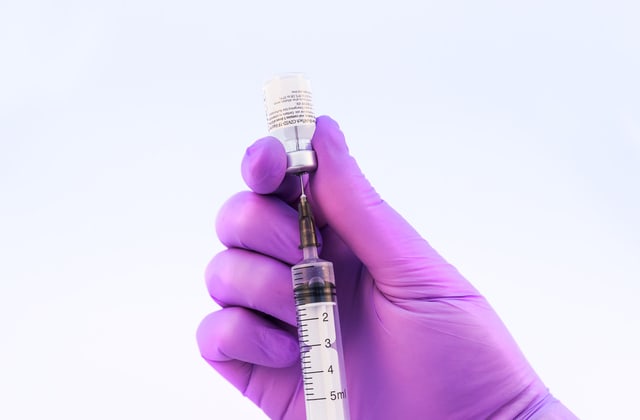 The U.S. gave full approval to Pfizer’s COVID-19 vaccine yesterday, a milestone that may help lift public confidence in the shots as the nation battles the most contagious coronavirus mutant yet.

The vaccine made by Pfizer and its partner BioNTech now carries the strongest endorsement from the Food and Drug Administration, which has never before had so much evidence to judge a shot’s safety. More than 200 million Pfizer doses already have been administered in the U.S. — and hundreds of millions more worldwide — since emergency use began in December.

“The public can be very confident that this vaccine meets the high standards for safety, effectiveness and manufacturing quality the FDA requires of an approved product,” said acting FDA Commissioner Janet Woodcock. “Today’s milestone puts us one step closer to altering the course of this pandemic in the U.S.”

The U.S. becomes the first country to fully approve the shot, according to Pfizer, and CEO Albert Bourla said in a statement he hoped the decision “will help increase confidence in our vaccine, as vaccination remains the best tool we have to help protect lives.”

U.S. vaccinations bottomed out in July. As delta fills hospital beds, shots are on the rise again — with a million a day given Thursday, Friday and Saturday. Just over half of the U.S. population is fully vaccinated with one of the country’s three options, from Pfizer, Moderna or Johnson & Johnson.

While many governments, schools and businesses have put vaccine requirement into place in recent weeks, others said they would hold off until the FDA granted a vaccine its full approval ― a step that goes further than the emergency use authorization that let vaccine distribution kick off in December.

“If you’re a business leader, a nonprofit leader, a state or local leader who has been waiting for full FDA approval to require vaccinations, I call on you now to do that,” he said at a news conference. “Require it.”

The biggest institution to take that step Monday was the Pentagon, which had said previously it would begin rolling out a vaccine requirement for all service members as soon as the FDA issued full approval for the shots ― or by mid-September if the approval had still not come by then. The requirement will affect more than a million active-duty service members.

“These efforts ensure the safety of our service members and promote the readiness of our force, not to mention the health and safety of the communities around the country in which we live,” Pentagon spokesperson John Kirby said Monday.

The New York City Department of Education, the largest school district in the U.S., also announced it will now proceed with a vaccine requirement for all public school teachers and other staff members.

State University of New York campuses are also going ahead with a vaccine mandate that gives the students, faculty and staff at all 64 SUNY schools 35 days to get both doses of the vaccine. The University of Minnesota and all of Louisiana’s public colleges and universities are also initiating vaccine requirements for students, they confirmed Monday.

New Jersey Gov. Phil Murphy (D) announced that all state and public school system employees will now need to either get vaccinated or undergo regular testing “at minimum” of once or twice a week. Louisiana is doing the same with its state employees.

The FDA’s announcement triggered vaccine requirements across the private sector, too. CVS Health is now requiring all of its corporate staff and many of its store employees to be vaccinated ― a move that affects about 100,000 people. Chevron also became the first major U.S. oil producer to announce a mandate, which will be applied to select employees. United Airlines announced Monday that it was expediting its plans by a month and requiring all employees to be fully vaccinated by Sept. 27.

As for all the talk about booster doses, the FDA’s licensure doesn’t cover those. The agency will decide that separately.

The FDA already is allowing emergency use of a third dose of either the Pfizer or Moderna vaccine for people with severely weakened immune systems, such as organ transplant recipients who don’t respond as strongly to the usual two shots. For everyone else who got those vaccinations, the Biden administration is planning ahead for booster starting in the fall — if the FDA and CDC agree.

Also still to be decided is vaccination of children under 12. Both Pfizer and Moderna are studying youngsters, with data expected in the fall.