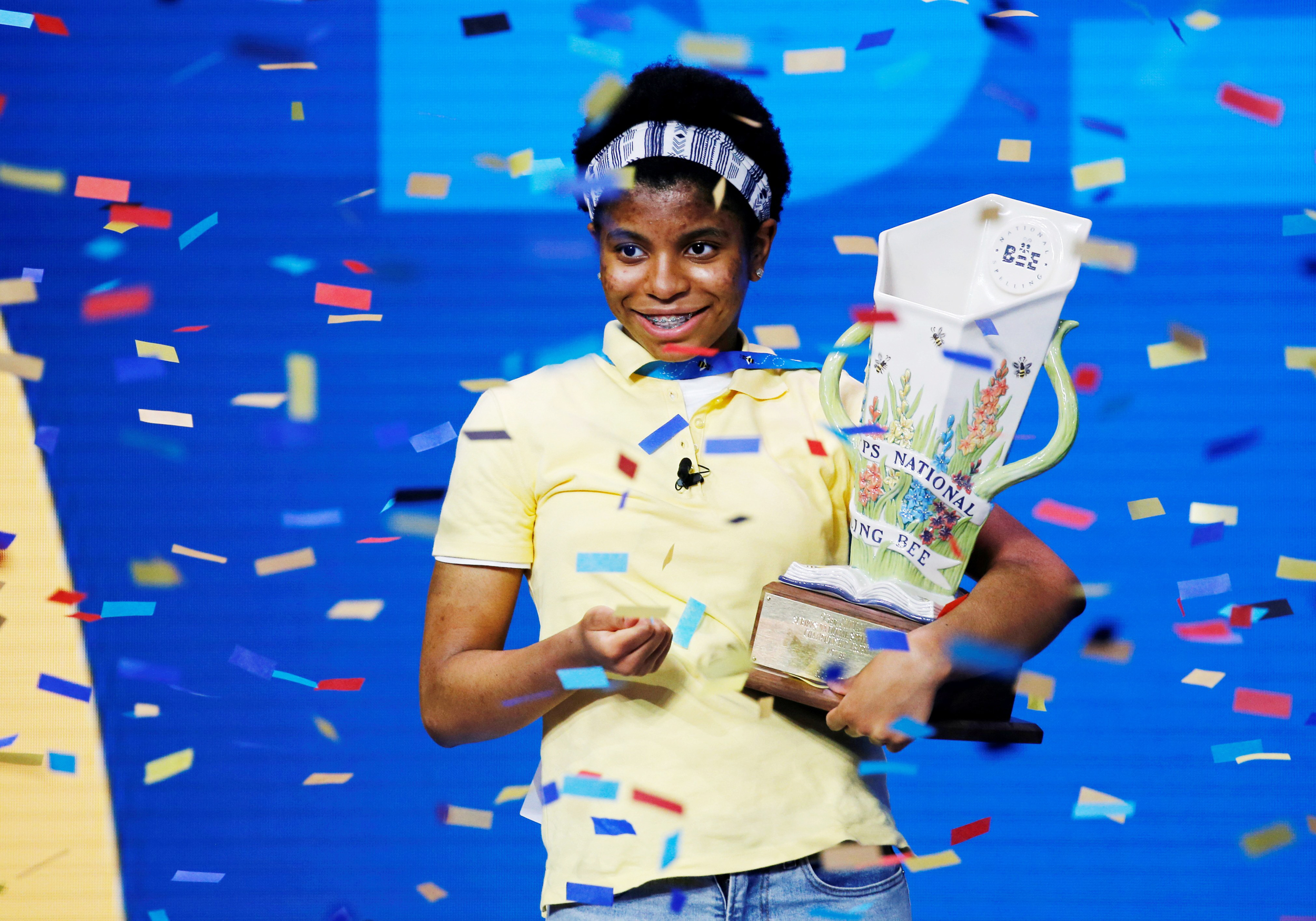 Zaila Avant-garde is the new national spelling bee champion.  The 14-year-old from New Orleans was named the winner of the 2021 Scripps National Spelling Bee yesterday, spelling words such as “querimonious,” “ancistroid,” “solidungulate.” It was “Murraya,” a genus of flowering citrus plants in Asia, that won Avant-garde the competition after runner-up Chaitra Thummala misspelled “neroli oil” in the 17th round.

Avant-garde becomes the first African-American winner in the 93-year history of the storied competition, and just the second Black champion overall.  Jody-Anne Maxwell of Jamaica won the event in 1998, still the only winner from outside the United States.

It was a historic, impressive win for the eighth-grader, and yet, spelling hasn’t been the focus of her life.

As the Associated Press documented heading into the event, Avant-garde didn’t start spelling competitively until she was 12 years old. Instead, the focus has been on basketball.

So far, that basketball career has been going pretty well. She already has three Guinness World Records, including for most bounce juggles in one minute.

Avant-garde has already parlayed that part of her athletic career into a featured spot in a commercial with Stephen Curry.

Before the confetti dropped for Avant-garde, the spelling bee saw one of its more controversial moments when finalist Roy Seligman was asked to spell “ambystoma.”

Seligman appeared to spell the word correctly, but then the competition’s stewards decided to take a look at the tape and see if he had used “i” instead of “y” for the fourth letter of the word. Replay review determined Seligman had, leading to this surreal moment, The situation was awkward enough that the Spelling Bee addressed it on Twitter, praising Seligman, the first finalist ever from the Bahamas.