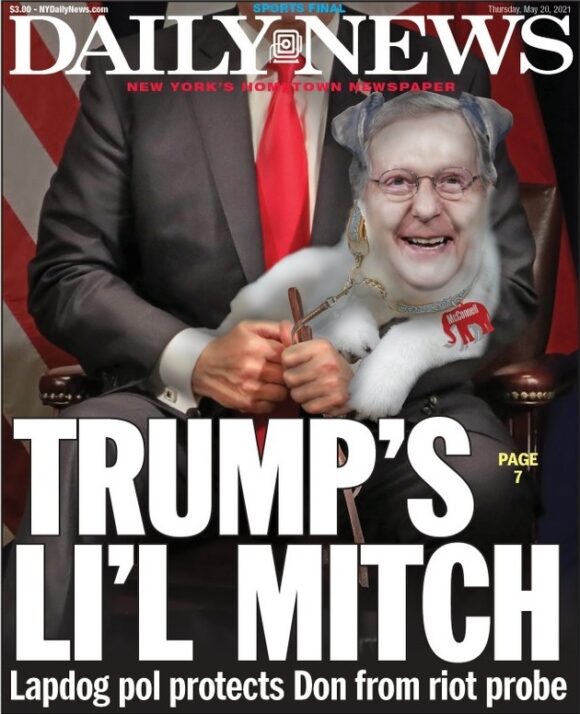 The newspaper depicted McConnell as a dog on Donald Trump’s lap in response to the lawmaker’s opposition to a commission to investigate the deadly U.S. Capitol riot, which was incited by the ex-president.

The House voted Wednesday to set up a commission on the violence. Senate Republicans, led by McConnell, oppose the investigation.

It’s not the first time the New York tabloid has transformed McConnell into an animal on its front page.

In January 2020, it turned the then-Senate majority leader into a chicken following his refusal to allow witnesses to testify in Trump’s Senate impeachment trial over the Ukraine scandal.