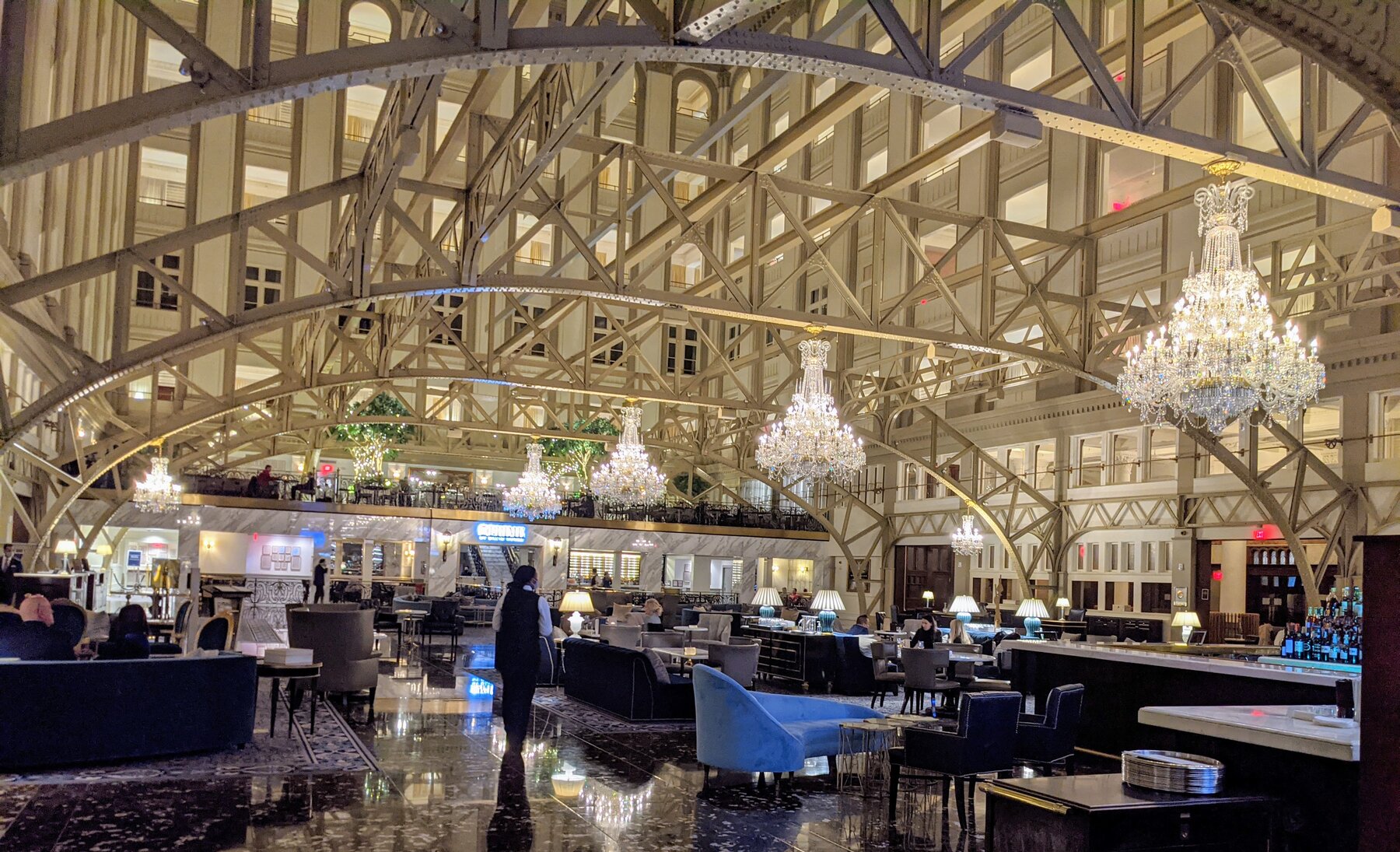 The Trump International Hotel in Washington on Tuesday evening. The lobby can hold 625 people, but it had only about eight guests.  Credit..Eric Lipton (New York Times)

It appears that Donald Trump’s hotel business took another hit when Virtuoso Travel ended its partnership with his company and removed his hotels from its exclusive listings.

Zenger News reported last week that Virtuoso Travel, a luxury travel network that caters to the wealthy, quietly cut off all Trump Hotels earlier this month.

“Virtuoso considers many variables when reviewing both existing and new network participation,” a spokesperson told the website. “Out of respect for all involved parties, and as a general policy, we do not share comments regarding our non-renewal and exit decisions.”

The Washington Post said Virtuoso agencies can still book clients at Trump properties, but they will no longer get the perks and other benefits that come from booking a stay with one of the company’s preferred partner hotels.

In addition, Trump hotels are no longer listed on the Virtuoso website.

He said Virtuoso’s “elite base” of customers means others in the industry study its moves… and often make similar moves of their own.

“Some travel agencies that may have been debating whether or not to do it could decide, well, if Virtuoso has done this, we too will end our professional relationship with the Trump hotels,” Harteveldt said.

The hospitality industry overall has been devastated by a year of pandemic restrictions.

But the former president’s properties were hit especially hard on two levels.

When Trump lost reelection last year, those hoping to curry favor politically no longer had reason to frequent his hotels and clubs. And after Trump incited the mob that stormed the U.S. Capitol on Jan. 6, many other organizations cut ties completely ― including the PGA, which stripped his Bedminster golf club in New Jersey of its role as host of the 2022 championship tournament.

The result has been palpable to visitors of his properties.

In January, CNN reported that a number of members of Trump’s Mar-a-Lago club in Florida “silently walked out” after his presidency, leaving it “a sad place.”

And earlier this month, The Guardian said the once-bustling Trump International Hotel in Washington ― just blocks from the White House and the “crown jewel” of his hotel empire ― was so empty that it resembled the hotel in “The Shining.”

However, the four years as president had its financial advantages for Trump as government agencies would be forced to book rooms and purchase other services at Trump properties in order to keep close to the then-president.

It appears that Trump may have to find another line of work!