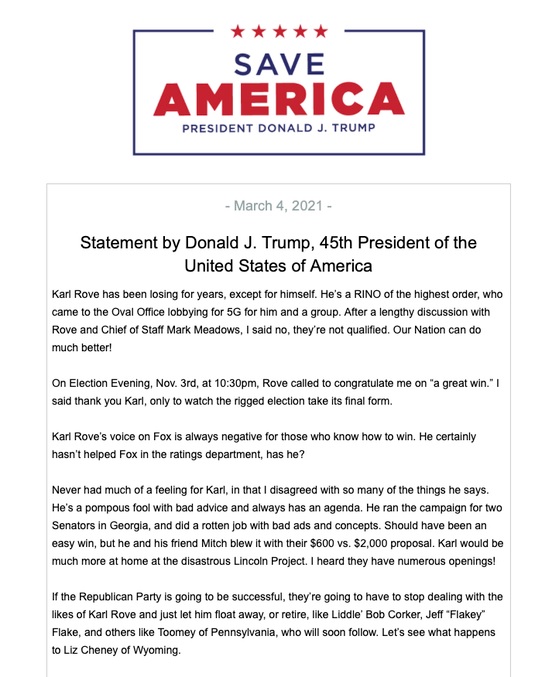 The Crazy Donald released an angry statement yesterday decrying a number of Republican figures for being disloyal to him and called on Fox News to ditch longtime contributor Karl Rove, who he labeled a “RINO” and a “pompous fool.”

Trump was apparently triggered by a Wall Street Journal column in which Rove criticized the former president’s CPAC speech as “divisive, controversial and embittered.”

“There was no forward-looking agenda,” the longtime GOP strategist wrote. “Simply a recitation of his greatest hits.”

Rove dismissed Trump’s gripe in a statement to Reuters.

“I’ve been called a lot of things in my career, but never a RINO,” Rove said. “I’ll continue to use my whiteboard and voice to call balls and strikes.”

Trump has a long history of attempting to cancel people and companies that have triggered him, from the NFL to HBO to the Macy’s department store.

Vice and CNN both have running lists.

How pathetic is Trump?