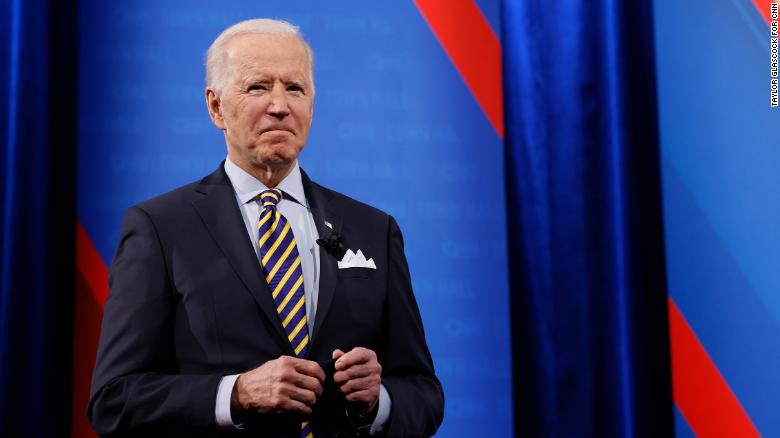 I watched Joe Biden’s first town hall event of his presidency last night that was hosted by CNN’s Anderson Cooper.  I found Biden’s personal, folksy demeanor a pleasant change from the in-your-face verbal battles we saw with the former president. Biden demonstrated genuine concern for each of the members of the audience that posed questions to him.  The session went on for about seventy-five minutes. Below are three main takeaways courtesy of The Boston Globe.

Joe Biden has been in the White House for nearly a month, but in many ways his presidency begins this week.

The second impeachment trial of Donald Trump concluded on Saturday, and with some of his Cabinet members in place, Biden is finally in the full spotlight this week.

On Tuesday night he made his first official trip as president to tape a CNN town hall meeting in Milwaukee.

The location made sense for a lot of reasons. Wisconsin is among the key battleground states that Biden won narrowly that helped make him president—and that he will likely need to win again if he wants to be reelected. It is also a place that features a Republican Senator, Ron Johnson, who is facing a tough reelection bid next year. And, sure, the event could be seen as a makeup of sorts for the Democratic National Convention that was supposed to be held there last year, but ended up going virtual because of the pandemic.

During the 75 minute-long town hall, which was moderated by CNN host Anderson Cooper, Biden fielded questions from real voters about schools reopening, raising the minimum wage, policing, and student loan debt. This might be the first of many stops that Biden will make in order to sell his plan for a COVID relief bill that likely has enough Democratic support to become law, but at the moment doesn’t have a single Republican supporting it.

That could be a problem for a president who campaigned on the theme of being eager to work with Republicans.

Here are three main takeaways from the hour.

The fact that so many public schools around the country remain remote-only or on a hybrid model is bubbling up from a personal frustration to a full-on political problem for Democrats. Teachers have been a backbone of the Democratic Party for decades and all last year Democrats were saying, “listen to scientists.” Those two groups appear to be in conflict over school re-opening.

The opening 10 minutes of audience questions were all about the topic—from a father of four whose children were doing school remotely, to a teacher worried about his safety, to a mom speaking on behalf of her 8-year-old daughter.

Biden repeated that reopening schools is a major focus of his first 100 days. He walked back what his own press secretary said about the goal being for schools to open at least one day a week and said he wanted something more robust. Of course, the question is really up to local school boards and not him.

Biden once again demurred when asked for his take about Trump being acquitted by the Senate over the weekend, but made a larger point.

“For four years, all that’s been in the news is Trump, the next four years I want to make sure all the news is the American people,” Biden said in response to a question from Cooper about the trial.

Indeed, if there was one thing that was very clear about this presidential town hall, it was how much lower the temperature is with Trump off the stage. When Trump was president, there was a sense that Trump could say anything and he often did. With Biden, it is the opposite: he probably wasn’t going to say anything particularly interesting or new, and he didn’t.

3) America is divided and concerned about it

From race to partisanship to immigration, Biden was peppered with questions about what he can do as president to unite a divided nation.

Answering one Black midwife from Wisconsin who asked about partisan division, Biden rejected her premise: “The nation is not divided, you go out there and take a look and talk to people, you have fringes on both ends, but it’s not nearly as divided as we make it out to be,” said Biden. “And we have to bring it together.”

But the question was a good one, not just because it is true that America is divided, but “healing the country” was the key theme to Biden’s presidential campaign in 2020.

Biden had no real answer how he could personally heal the country as president, but during his first extended remarks since his inauguration, he did make significant progress in making the presidency boring again. Maybe that is how he will do it.