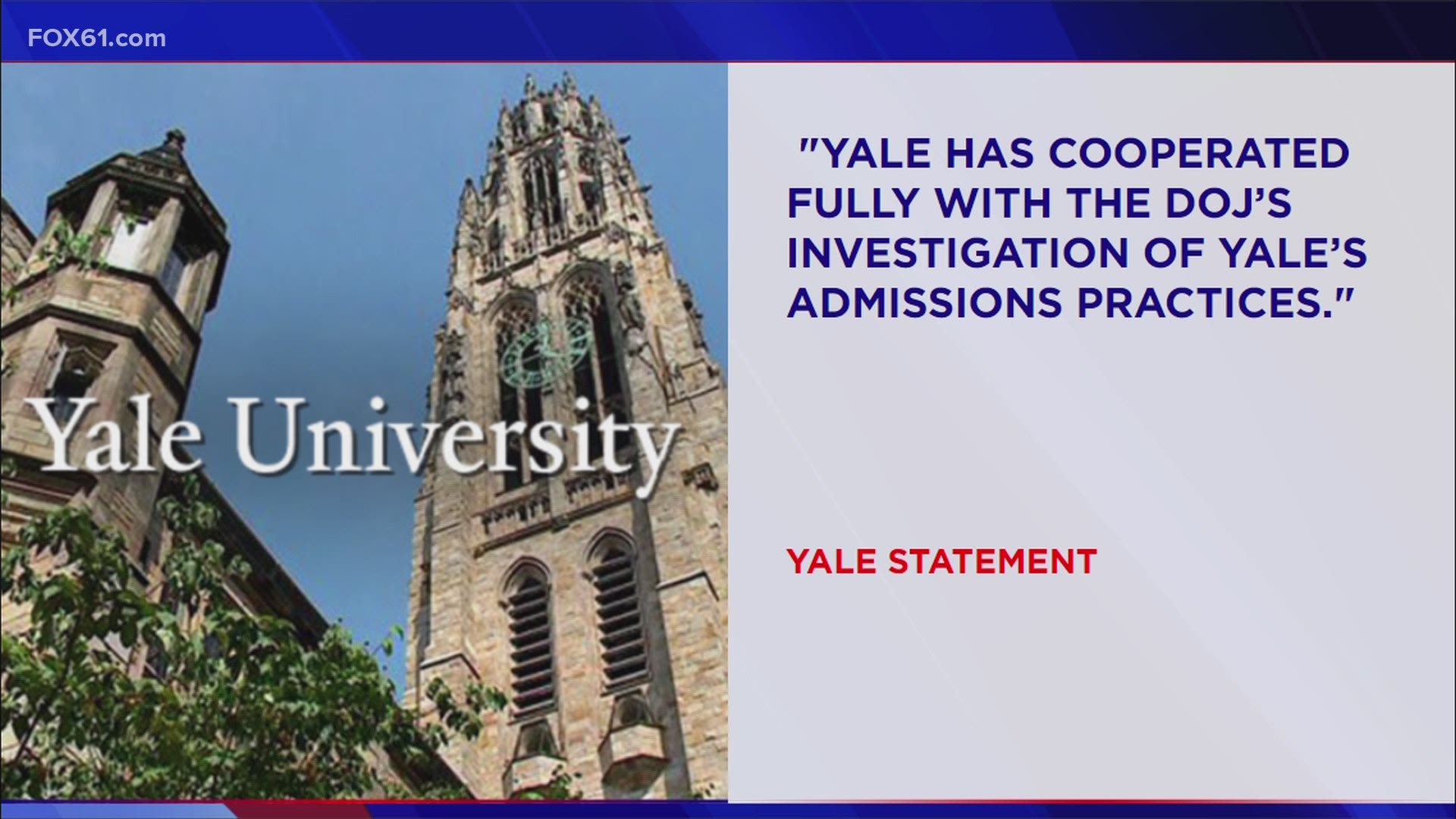 The Justice Department notified a federal judge yesterday that it is dropping a  discrimination lawsuit against Yale University that was brought by the Trump administration.

A two-sentence filing in U.S. District Court in Connecticut gave notice of the government’s “voluntary dismissal of this action.”  As reported by NBC News.

The case marked an escalation in the Trump Justice Department’s attacks on affirmative action programs that many conservatives consider illegal.

Yale said it was gratified by the decision to drop the lawsuit.

“Our admissions process has allowed Yale College to assemble an unparalleled student body, which is distinguished by its academic excellence and diversity. Yale has steadfastly maintained that its process complies fully with Supreme Court precedent, and we are confident that the Justice Department will agree,” it said in a written statement.

Filed last October, the lawsuit said a two-year investigation determined that the Ivy League college illegally discriminated against Asian American and white students in admissions. It said they were only one-tenth to one-fourth as likely to be admitted as African American applicants with comparable academic records.

When the suit was filed, Yale called the government’s conclusion hasty and meritless.

The university said the Justice Department reached its conclusion before allowing Yale to provide all the data the government requested. “Had the department fully received and fairly weighed this information, it would have concluded that Yale’s practices absolutely comply with decades of Supreme Court precedent.”

The U.S. Supreme Court has repeatedly rejected efforts to stop affirmative action in college admissions, which the court has said can be justified as a way to achieve diversity in the student body. But such programs must be narrowly tailored, using race as a plus factor, its rulings have held.

Many conservatives have hoped that the court’s shift to the right, with Amy Coney Barrett replacing Ruth Bader Ginsburg, will produce a decision striking down the use of affirmative action in school admissions.

Yale is a private university, but because it receives millions of dollars in federal funds, it is subject to a provision of civil rights law that bans discrimination on the basis of race, color, national origin and other factors.

The Trump Justice Department joined an earlier lawsuit against Harvard based on similar allegations. But a federal judge ruled that while Harvard’s admissions process may not be perfect, it was not the result of racial bias or conscious prejudice.”

Good move on the part of the Justice Department!