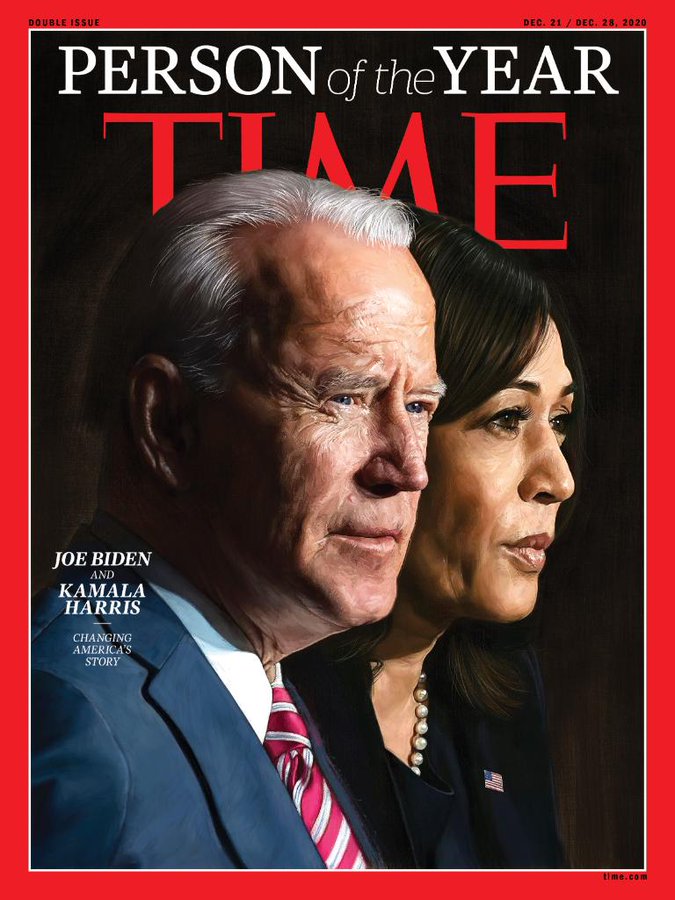 President-elect Joe Biden and Vice President-elect Kamala Harris, who defeated President Donald Trump in one of the most bitter presidential elections in U.S. history, are Time magazine’s “Person of the Year” for 2020. The selection was announced yesterday by NBC News’ Lester Holt.

Trump, who continues to make baseless fraud claims and continues to challenge an election that has already been certified by all 50 states, was on Time’s shortlist.

Biden and Harris were in a crowded field of other contenders including  Dr. Anthony Fauci, the government’s leading epidemiologist, who survived a White House attempt to discredit him, and the health care, postal and sanitation workers who put their lives on the line during the Covid-19 crisis, Time said.

Also on the shortlist, Time said, were the racial justice movements that organized nationwide demonstrations after the death of George Floyd in police custody, members of which Trump disparaged repeatedly as “thugs” and “anarchists.”

But in the end, Time’s editors decided that Biden, who was President Barack Obama’s vice president, and Harris, the nation’s first woman and first Black and South Asian American elected vice president, were the people who had the most influence on the world during a year when the presidential contest became for many Americans a referendum on Trump’s much-criticized pandemic performance.

Congratulations to Biden and Harris!