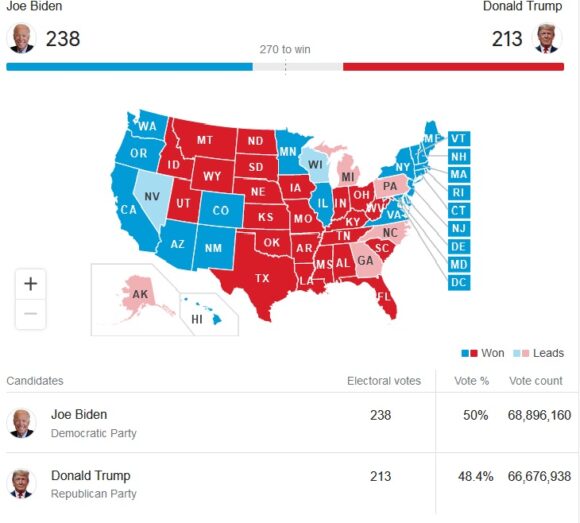 After more than a year of campaigning for president by Donald Trump and Joe Biden, and after yesterday’s election, we still don’t know who is going to be president. Because of the number of early mail-in ballots, votes have not been counted in several key states including Pennsylvania, Wisconsin, Michigan, and Georgia.  The color-coded map above courtesy of the Associated Press shows where the election stood in each state.  Keep  in mind that the numbers keep changing.

To quote New York Yankee great Yogi Berra: “It ain’t over until it’s over.”

I was up until 3:30 am last night watching election returns and am going back to bed.