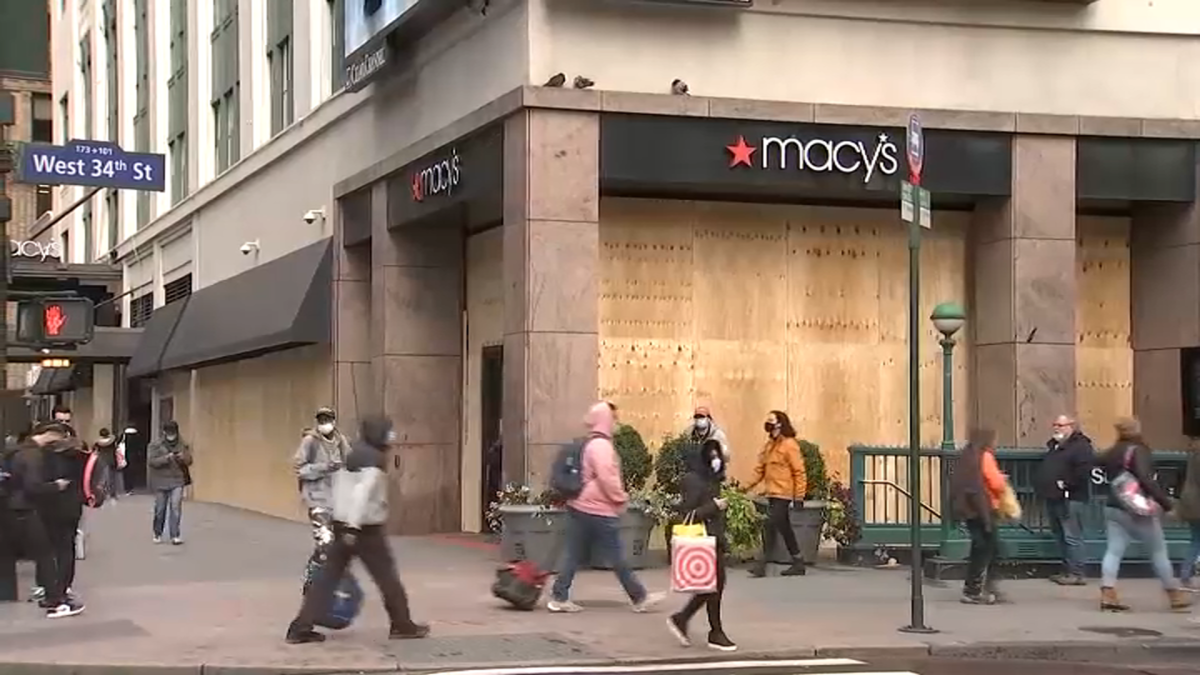 In a show of how stressed the country is, retailers and department stores are making security plans to deal with potential unrest on Election Day.  Major chains like Macys and Norstram have already started boarding up their windows.  In Beverly Hills, the police said they would take a “proactive approach” and close Rodeo Drive, the renowned strip of luxury retailers, on Tuesday and Wednesday, citing the likelihood of increased “protest activity.” The police, working with private security companies, said they would also be on “full alert” throughout Beverly Hills starting on Halloween and continuing into election week.  As reported by the New York Times.

“The nation is on edge as the bitter presidential contest finally nears an end, the latest flashpoint in a bruising year that has included the pandemic and widespread protests over social justice. Anxiety has been mounting for months that the election’s outcome could lead to civil unrest, no matter who wins. In the retail industry, many companies are not simply concerned about possible mayhem — they are planning for it.

In a show of just how volatile the situation seems to the industry, 120 representatives from 60 retail brands attended a video conference this week hosted by the National Retail Federation, which involved training for store employees on how to de-escalate tensions among customers, including those related to the election. The trade group also hired security consultants who have prepped retailers about which locations around the country are likely to be the most volatile when the polls close.

“I am 50-plus years old, and I didn’t think I would live to see this,” said Shane Fernett, who owns a contracting business in Colorado Springs and has been stocking up on plywood to board up his retail customers. “You read about this in third-world countries, not America.”

For the retail industry, 2020 has been filled with bankruptcies, store closures and plummeting sales as tens of millions of Americans struggled with job losses because of the pandemic. Protests over police violence against Black citizens sent millions of people into the streets, demonstrations that in some cases devolved into the looting and burning of stores in a number of cities. Worries about unrest around the election have been fanned by President Trump, who has declined to say whether he would agree to a peaceful transfer of power if his Democratic challenger, Joseph R. Biden Jr., is victorious.

Protests flared again this week after Walter Wallace Jr., a Black man with mental health issues who was carrying a knife, was killed by the police in Philadelphia. That set off looting and clashes with the police in parts of the city. Citing the civil unrest in Philadelphia, Walmart said on Thursday that it was removing all of its firearms and ammunition from its sales floors across the country. On Friday, Walmart said it was returning guns to the sales floor, after determining that the incidents of unrest “have remained geographically isolated.”

This year, businesses have already sustained at least $1 billion in insured losses from looting and vandalism largely set off by the killing of George Floyd by a Minneapolis police officer in May, according to

It is on target to be the most costly period of civil unrest in history, likely surpassing damages during the 1992 riots in Los Angeles and many of the civil rights protests of the late 1960s.

The situation in 2020 has drawn comparisons to protests in the 1960s, but Derek Hyra, an associate professor in the School of Public Affairs at American University, said recent unrest had been more geographically widespread, affecting a wider swath of businesses.

“Most of the rioting and burning in the 1960s happened within the geography of low-income Black spaces,” Mr. Hyra said. “In the 2020 unrest, more of it happened in downtown and affluent areas.

“It’s not just urban America,” he added. “The protests have been in the suburbs, they’ve been in rural areas.”

Protecting properties from potential damage is not a simple decision. Retailers can risk alienating their customers by erecting plywood, particularly if the anticipated unrest does not materialize.

“You are sending a message when you do that,” Stephanie Martz, general counsel of the National Retail Federation, said. “You don’t want to necessarily engage in this kind of grim forecasting.”

Some companies aren’t taking chances — the iconic Macy’s location in Manhattan’s Herald Square was boarded up on Friday. But other large businesses are keeping their plans vague.

Target, with about 1,900 stores, said in a statement, “Like many businesses, we’re taking precautionary steps to ensure safety at our stores, including giving our store leaders guidance on how to take care of their teams.”

Before Trump, America use to be a beacon of democracy to the world.  Not now!