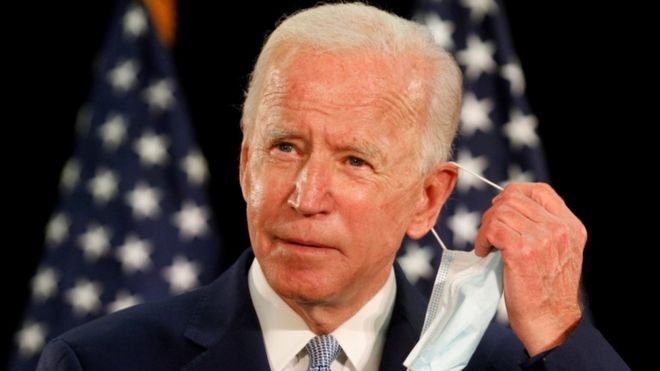 Asked about whether he would back expanding the US Supreme Court to more than nine justices, Joe Biden said on Monday that he’s “not a fan of court packing.”

“I’ve already spoken on — I’m not a fan of court packing, but I don’t want to get off on that whole issue. I want to keep focused,” the 2020 Democratic presidential nominee said in an interview with Cincinnati’s WKRC.

The former vice president said Trump’s decision to quickly fill the Supreme Court vacancy left by the death of Justice Ruth Bader Ginsburg ahead of the election is the “court packing” that he wants people to pay attention to.

“The focus is why is he doing what he’s doing now? Why now with less than 24 days to go until the election?” he said. “That’s the court packing…the public should be focused on.”

Biden’s comments Monday were his clearest on the issue since Ginsburg’s death and come as he and his vice presidential nominee, Sen. Kamala Harris, D-Calif., have been hit with a barrage of GOP attacks and deflected numerous questions from the press in recent weeks about whether they would expand the Supreme Court.

Biden and Harris dodged the question at both of their respective debates. Last weekend, Biden created a stir when he said in response to a reporter’s question that voters “don’t deserve” to know his position on the issue, because it would only be a distraction. He had said he would reveal his stance after Nov. 3.

Republicans have been arguing that if Biden and Harris are elected, they would seek to expand the number of justices on the Supreme Court to dilute its conservative majority. Such a change — which is backed by progressive groups — could be done legislatively but Democrats would need to win control of the Senate in order for that scenario to even become a reality.

While serving in the Senate, Biden had previously expressed opposition to expanding the Supreme Court and said as recently as last year during the Democratic primary that it would be a “bad idea.”

“It will come back to bite us,” he said. “It should not be a political football.”

I would add that in addition to President Trump’s rush to appoint Amy Coney Barrett to the US Supreme Court, Mitch McConnell and the Republicans in the US Senate who would not accept President Obama’s nominee Merrick Garland in March 2016, as another prime example of court packing.