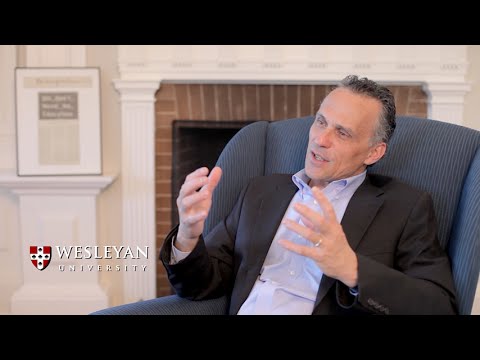 Michael S. Roth. president of Wesleyan University, had an op-ed in yesterday’s New York Times entitled,  Colleges, Conservatives and the Kakistocracy.  It touches on a subject that many of us in the academy think about especially in the current sensitive era of hyper-polarized politics.

I know that I caution students about what we say and how we say it but I don’t censor what is said unless it is blatantly hateful.  I have had experiences with this especially in my online courses where students have a lot of freedom to post to a discussion board or other community messaging system from the privacy of their homes or other non-classroom spaces.  I believe President Roth has important advice for us that is:

“Classic liberals and some conservatives often claim that only a commitment to a totally open platform for speech will enable the kinds of debate that will eventually lead to better ideas, even to truth. These folks don’t believe that speech causes harm, or they believe the harm it might cause is less dangerous than the harm caused by regulating the presentation of ideas.”

Mr. Roth’s entire op-ed is below.  And by the way, a kakistocracy is a system of government that is run by the worst, least qualified, and/or most unscrupulous citizens. The word was coined in the seventeenth century.

Colleges, Conservatives and the Kakistocracy.

For the last several years I have been disputing overblown claims that political correctness is running amok on college campuses. Given my job as the president of Wesleyan University, well-known to be (happily) a bastion of left-leaning protest, this probably isn’t very surprising.

But at the same time, I’ve been actively urging colleges and universities to create greater intellectual diversity by ensuring that conservative voices and viewpoints can flourish along with progressive ones. These might seem like opposing missions, but they are not. You can do both. In fact, if colleges are to maintain their status as places of real learning and growth, they must do both.

Lately, one hears a lot about threats to freedom of expression posed by the intolerant left. And not all of these complaints are coming from the right. Intellectuals who think of themselves as moderate liberals are using their platforms to complain about threats posed by “wokeness” or “cancel culture.”

Those critics do have a point. On college campuses, students sometimes denounce those with whom they strongly disagree as unworthy of being heard at all. That “canceling” can be (but is not always) a problem. It’s one thing to see speakers who advocate hateful violence canceled; not everything is permitted. It’s another thing to cancel speakers just because their ideas are unpopular.

In July, the more than 150 signatories of the much-discussed Harpers letter on freedom of expression noted: “[R]esistance must not be allowed to harden into its own brand of dogma or coercion — which right-wing demagogues are already exploiting.” The “intolerant climate that has set in on all sides,” they write, undermines democracy.

In some quarters the letter was greeted with derision, since these were writers with large megaphones grumbling about being silenced, and the idea that there are “intolerant people on all sides” recalled one of President Donald Trump’s most egregious statements.

Similar complaints are also coming now from academics who say that they are afraid of being canceled because they aren’t fully in accord with the leftist cultural climates of their campuses. The linguist John McWhorter wrote in a recent article in The Atlantic that he’s received hundreds of messages expressing a “very rational culture of fear among those who dissent, even slightly, with the tenets of the woke left.” Professor McWhorter describes this as a “new Maoism” because of the tendency to demand public confessions and to adhere to an ideological dogma. He knows, of course, that Maoism killed tens of millions of people in the name of its dogma, so why resort to this overheated rhetoric? People living under the Maoist regime had a “very rational culture of fear” of being deported, tortured or killed. It seems that the academics who write to Professor McWhorter are afraid of being mocked, vilified or perhaps of having their careers disrupted.

These professors don’t see themselves as snowflakes, but they do crave some protection from students and colleagues demanding ideological conformity. On-campus or social media vilification is emotionally damaging, even if it doesn’t involve being shipped to a re-education camp. Prof. McWhorter himself isn’t afraid, it seems, and he has found the courage and intellectual resources (along with the protections of tenure) to stand against vilification. Perhaps he will inspire others, and the institutions that employ them, to do the same.

It is no secret that the faculty at most schools leans left, and it’s not unreasonable for students and educators to ask how this tilt affects teaching — particularly how students are introduced to a broad range of ideas on enduring questions in the humanities and interpretive social sciences.

At Wesleyan in 2017, I called for (and then put into practice) an affirmative action program for thinkers and courses rooted in traditionally conservative ideas. Not a few students, alumni and faculty objected to my approach (as well as my use of the term “affirmative action”), and we have had intense arguments about it. Such arguments themselves, I’d like to think, further intellectual diversity.

These days when I make a plea for greater intellectual diversity, I’m asked not about teaching Aristotle, but whether I want to invite fascists and racists to campus. My answer, of course, is no: As I have argued before, universities should be “safe enough” places for all students. But when hearing the call for teaching a broad range of ideas, many students and professors immediately worry about providing a platform for notions parroted by Trumpians meant only to protect the privileges of white supremacy and wealth.

Is it any wonder? The administration in Washington has appropriated the conservative moniker even as it means to break down the remaining norms of civil society and political culture. But there is little that is conservative about the current kakistocracy.

When I talk about the tradition of conservative thinkers, I have in mind those who were skeptical of the powers of a central government, those who felt that a well-ordered society depended on a notion of transcendence, and those who were concerned that even well-intentioned policies to improve peoples’ lives could have unintended consequences that are ruinous. I have in mind traditions of natural law and of religious belief. I have in mind thinkers who point out that theories of how people should organize society often depend on frightening powers of organized violence.

These streams of thought offer powerful, alternative perspectives on enduring questions. Given the current makeup of the academy, we can’t just hope for them to get a hearing. We have to proactively bring them into the mix, when they are not already there.

Classic liberals and some conservatives often claim that only a commitment to a totally open platform for speech will enable the kinds of debate that will eventually lead to better ideas, even to truth. These folks don’t believe that speech causes harm, or they believe the harm it might cause is less dangerous than the harm caused by regulating the presentation of ideas.

It should go without saying that educators must resist calls for ideological conformity: Learning requires that students (and faculty) be exposed to ideas they might find offensive but from which they can learn, and that students (and faculty) be protected from the expression of ideas that aim at intimidation or harassment. Sometimes the lines of protection won’t be clear, and there will be contentious discussions. The pragmatist approach I recommend works against indoctrination and against prejudice, but it doesn’t appeal to a foundational or procedural answer to the questions of how much intellectual diversity or how much free speech one should cultivate in an educational institution. There isn’t a single answer that always works. These questions require open-ended conversation in which people can practice intellectual humility as they realize the fragility of their own preconceived notions and knee-jerk responses.

These discussions lead to creative outcomes when the people involved don’t all have the same notions. Intellectual diversity is essential if the conversations on campus are to amplify inquiry rather than orthodoxy — if they are to enhance our ability to live with ambiguity rather than reinforce our need for certainty. Teachers can create safe enough environments that are also challenging contexts for considering enduring questions and contemporary issues, so that students learn to appreciate the stimulation of disagreement and depend less on the comforts of conformity.

In higher education, there is no contradiction between standing up to the fascist tendencies of racist authoritarianism and working for greater intellectual diversity. In both cases, we are defending the opportunity to learn through inquiry and discussion.

Michael S. Roth (@mroth78) is the president of Wesleyan University