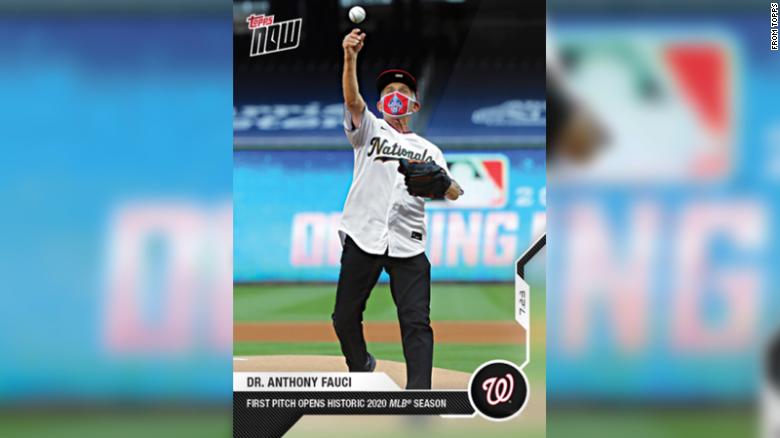 Donald Trump’s dark, envious side was apparent when he mentioned that he was invited to toss out the first pitch for a Yankee game on August 15th.  Like many notable events of his presidency, last week’s bizarre back-and-forth between Trump and the New York Yankees reportedly began from a place of personal hostility.

On Thursday, hours before noted Washington Nationals fan Dr. Anthony Fauci threw out the opening pitch to inaugurate Major League Baseball’s pandemic season, President Trump stood at the podium of the White House briefing room and informed the press that he would have his own on-field ceremony next month in the Bronx. “Randy Levine is a great friend on mine from the Yankees,” Trump said, of the team’s president. “And he asked me to throw out the first pitch, and I think I’m doing that on August 15 at Yankee Stadium.”

According to the New York Times, Trump broke the news because he was frustrated by Fauci’s time in the stadium lights — perhaps the pettiest moment yet in the president’s tiff with the public-health official he sees as competition for the nation’s attention. But when he made the announcement, no actual date had been set. Though White House officials had called the Yankees to make good on a standing offer from the team’s president, neither party had confirmed that Trump would throw out the first pitch that Saturday night in August. The announcement reportedly alarmed both the Yankees and White House staffers — resulting in aides scrambling “to let the team know that he was actually booked on Aug. 15, although they have not said what he plans to do.”

Then on Sunday, the president declined the RSVP for his self-invite, citing his “strong focus” on dealing with the pandemic.

Trump must of really really went berserk when he saw that Anthony Fauci had a Topps baseball card (above) of him throwing out the first pitch to start the baseball season last Thursday.  According to CNN, the Topps baseball card with a masked Fauci mid-pitch just became the bestselling card in the history of ToppsNow, the company’s collection of limited-edition cards.

Poor Donald, he can’t stand a person like Fauci who is so honest and straight-forward with the American people.