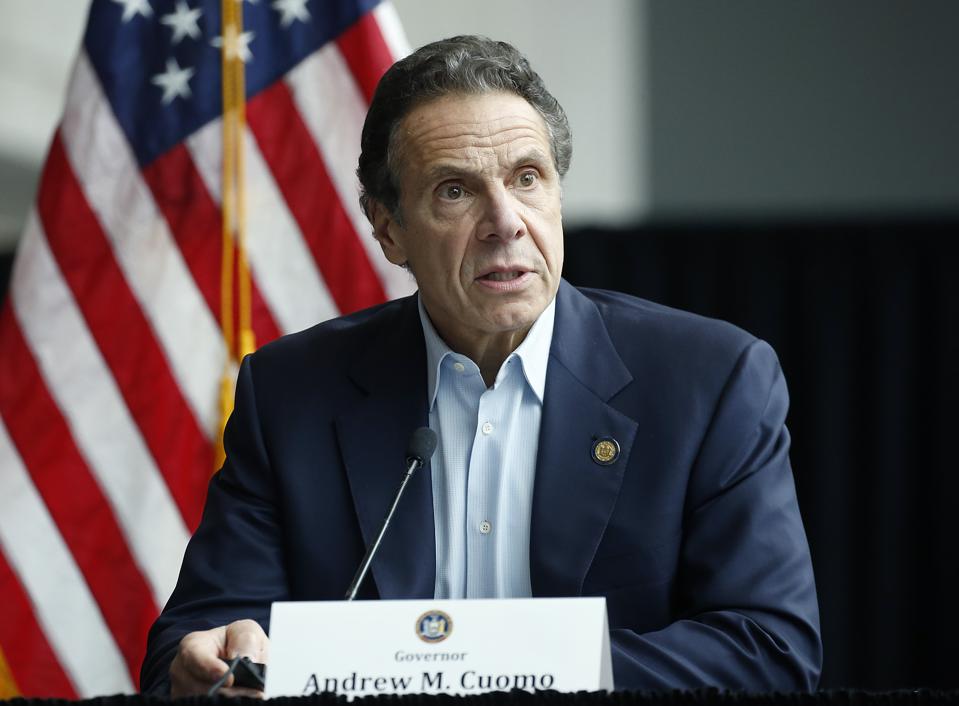 Yesterday, during his daily briefing, New York Governor Andrew Cuomo warned that he could roll back reopening measures in some areas after the state received 25,000 complaints of businesses violating social distancing measures amid the ongoing coronavirus pandemic.

“We’re getting reports from all across the state that there are large gatherings, social distancing is being violated, people are not wearing masks,” Cuomo said during a news briefing. “We have never received more complaints in a shorter period of time. … Think about how concerned New Yorkers are not just to see the violation but then to care enough to come back and write a letter or call registering the complaint.”

Cuomo pointed the finger directly at businesses in Manhattan and the Hamptons, where images of residents flocking to bars circulated widely this weekend. He said he would reverse any reopening measures regionally before considering any statewide effort and threatened to pull liquor licenses from some bars and restaurants.

The governor’s warning comes as other states have had to reckon with their own decisions to reopen their economies earlier than experts had hoped. As reported in the Huffington Post.

The governors of Oregon and Utah paused their own jumpstarts last week after infection rates spiked in the days after restrictions eased. Nearly two dozen states have seen surges in the average daily caseload this week when compared to the previous period.

Dr. Anthony Fauci, the nation’s top infectious disease expert, warned this month that the impact of the coronavirus was far from over, saying he remained troubled that the disease “just took over the planet.”

“Oh my goodness. Where is it going to end? We’re still at the beginning of really understanding,” Fauci, the director of the National Institute of Allergy and Infectious Diseases, said during a virtual conference this week.

New York has seen a sharp decline in coronavirus transmission in recent weeks after its own stay-at-home orders. Cuomo said Saturday the city had “tamed the beast” after the city saw its lowest level of hospitalizations linked to COVID-19 since March 20

But he continued to warn Sunday that New York would not mimic other states that had seen a surge in infections as social distancing measures were eased.

“We are not kidding around with this. You’re talking about jeopardizing people’s lives,” he said. “It’s not hard to figure out what is happening here. It’s happened in half the states in the nation. So far, we have been the exception. We’re not going to go back to that dark place because local government didn’t do its job.”

I believe that Cuomo has done an outstanding job in leading New York during the pandemic.  He is right to express concern maybe even anger at the violations of social distancing requirements.