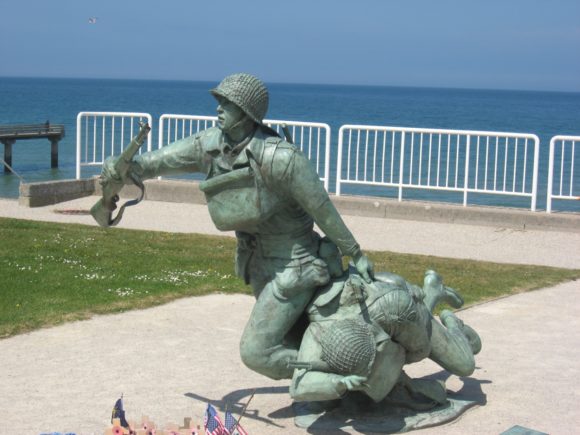 Last year my wife and I visited France and had the privilege of going to the American D-Day Memorial sites in Normandy – Utah Beach, Point du Hoc, Omaha Beach and the American Memorial Cemetery where there are more than 9,000 American casualties buried.

Ever Forward is the bronze statue that sits at the entrance to Omaha Beach.

The Obelisk at Point du Hoc is in memory of the American Rangers who made up the first advance unit and who were to scale the cliffs between Utah and Omaha Beaches.

The Memorial Cemetery is a place of serenity with its thousands of crosses.  At 5:00 pm every evening, taps are played as the American flags are lowered.

I especially remember my two uncles John and Anthony DeMichele, both of whom were in Normandy in World War II. 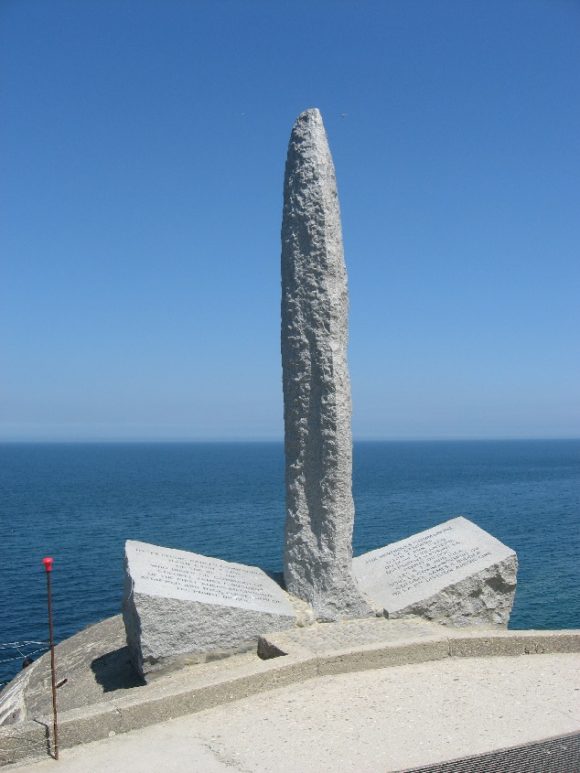