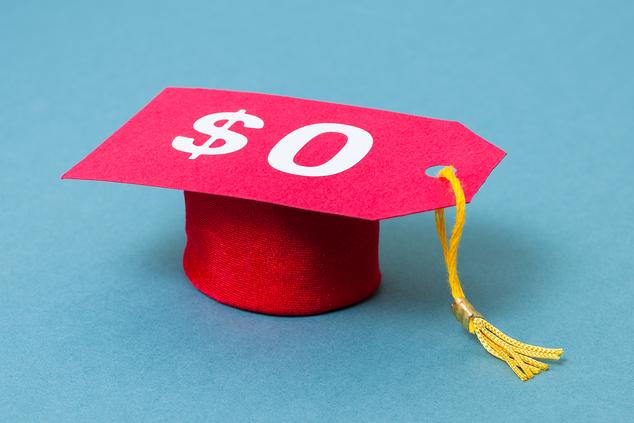 Claire Bond Potter, a professor of history at The New School, has an op-ed in today’s New York Times, that examines higher education’s future in a post-coronavirus world.  She comments that our “colleges were already a financial house of cards. Then coronavirus hit.”  Her point is well-taken.  Many colleges especially the tuition-driven, non-profit private schools with modest endowments are in financial jeopardy. The coronavirus has exasperated their fiscal health.  Her solution is to make all of higher education tuition free.  A noble sentiment but as she acknowledges, it is not likely to happen.  Below is her entire op-ed.

The Only Way to Save Higher Education Is to Make It Free!

In January 2020, while I was in New Hampshire canvassing for Elizabeth Warren, a campaign organizer urged me to tell voters why I supported her. For me, that was easy. “As a college teacher,” I said when someone answered the door, “I believe that higher education is a house of cards because Americans won’t tax ourselves to support it.”

I didn’t know how right I was, or how quickly my words would bear out.

Two months later, Covid-19 closed American colleges and universities, and the cards came tumbling down. Millions of dollars in refunded housing and dining fees created yawning budget gaps. And the crisis isn’t over, especially if students don’t return in the fall. In the United States, tuition payments represent, on average, about a quarter of a public college’s budget, and about 35 percent of a private college’s. For many, it is far more.

The crisis highlights the unjust, unsustainable fact that higher education is surviving on ever higher tuition payments — and, going forward, will most likely lean even harder on students and their families to make ends meet. The frank conversation that Bernie Sanders and Senator Warren started during the primary season has now become a crisis. We urgently need to change how we pay for college, and that starts with removing the burden of tuition from working families.

Will college be free under a Democratic president? Probably not. But we can reduce the bill significantly if we imagine that education as part of an economic New Deal. That means more than just making college free or inexpensive for most students. It means re-evaluating the place that higher education occupies in our society.

Financing tuition through taxes works for other countries. In 2014, Germany abolished tuition for all students from the European Union. Ireland, France, Norway, Sweden and Denmark charge no tuition for all European Union students, and provide low-interest loans to cover other college expenses: in Sweden, at a rate of just 0.13 percent. In Australia and Britain, public tuition is half what Americans pay, and in Israel, a 10th. In Australia, students repay loans as a percentage of income when they reach a livable income threshold.  The United States also once financed education as a public good. In 1888, the College of William & Mary, in Williamsburg, Va., began to forgive tuition in exchange for two years of teaching in Virginia’s public schools. Federal land grant universities established after the Civil War were free for decades, and remained low cost until the 1980s. The City University of New York was free until 1976. Stanford was free to California residents for 30 years after it opened its doors in 1891.

Charging tuition was a political decision, one embraced by city, state and federal politicians as voters pushed for lower and lower taxes in the 1960s and ’70s. California led the way. As governor from 1967 to 1975, Ronald Reagan ended free tuition at the University of California, cutting higher education funding by 20 percent and declaring that taxpayers should not “subsidize intellectual curiosity.” As president, Reagan made this national policy, galvanizing the shift to tuition-dependence, and student loans, that we live with today.

Public universities took the biggest hit. Between 1987 and 2012, public funding dropped by 25 to 30 percent. And the cutting continues. Last year, Alaska cut its higher education budget by $135 million, more than the entire sum that supported three campuses.

From 1980 to 2014, tuition increased nationally by 260 percent, more than twice the rate of other consumer expenses. Federal policy supported a tuition-based revenue system by shifting funding to student loans; by 2013, they accounted for over half of the $75 billion federal higher education budget. Less than $3.8 billion was dedicated to funding educational infrastructure, most fulfilling federal obligations to historically black and tribal colleges.

In 2009, the Obama administration expanded Pell grants for the poorest students, mitigating the effect of state-level cuts. But it left the tuition model intact and failed to articulate higher education as a location for infrastructure investment, or as a public good on a par with health care, child care, social security and national defense.

And college is, more than ever, a gateway to the middle class. So Americans have continued to pay — with salaries, savings and loans — until they are at the breaking point.

Critics point to waste, luxury spending and administrative bloat as the problem, and suggest that colleges can simply rebalance their budgets. But the truth is more complex. As we feed the tuition beast with federal dollars, state governments raid education budgets further, raise tuition and cut support for infrastructure like libraries and technology. Deferred building maintenance, often for historic structures, is at a crisis point on many campuses.

What about endowments? Again, it’s not that easy. Those funds are spoken for. No endowment, as the president of Yale, Peter Salovey, put it, is structured as rainy day savings. Endowments keep buildings open, pays faculty and funds — you guessed it — tuition. Around 22 percent of a private college’s budget comes from endowment income. But among schools ranked by U.S. News & World Report, the median endowment is $65.1 million. Ten colleges have endowments of less than a $1 million.

Even before coronavirus hit, higher education was entering a financial crisis. Consulting companies can tell you how likely a college is to survive, or merge with another institution, before your child graduates. In 2019, until a squad of lawyers stepped in, one company planned to release a list of 946 borderline insolvent institutions. Antioch, Hampshire, Sweet Briar, and Bennett narrowly averted extinction, but between 2016 and 2020, more than 60 other colleges did not. Five more have buckled in the last three months.

The coronavirus crisis will simply speed up the implosion of higher education. The University of Maryland pegs its losses at $80 million, the California State system, at over $337 million, and the University of Michigan up to nearly $1 billion. By some estimates the $14 billion awarded to higher education under the CARES Act falls short of current needs by at least $46.6 billion and, if you count projected lost tuition revenue for the fall, several hundred billion. Simultaneously, state legislatures are slashing education — again — to reduce ballooning state deficits.

If colleges are in a bind, students and their families have it even worse. The tuition model had brought poor and middle-class students to their knees long before Covid-19. It is not possible for most to save enough for college, so they borrow; they cannot live on what they borrow, so they work. I teach teenagers who fall asleep after working a night shift at minimum wage. One undergraduate, who worked three gig jobs, was repeatedly absent and hungry. “I have never worked so hard and been so financially insecure,” that student said, ashamed and in tears.

The tuition model is taking food out of students’ mouths. When students lost their jobs because of Covid-19, colleges became relief agencies, paying out millions for food and rent. Distributing wireless hot spots for distance learning, we learned how many students had no reliable technology beyond a mobile phone. We learned that many had no money to get home, and in some cases, had no home.

The irony is that we know how to do this because higher education is already a relief agency. Under normal conditions, almost half of students are food insecure, and 22 percent are routinely hungry; 64 percent are housing insecure and 15 percent are homeless — almost 20 percent in California. My own university has a department called Student Support and Crisis Management. Funding food banks, emergency housing loans and subsidizing psychiatric and medical care is now part of where tuition goes on all campuses.

Families are urged to comparison shop for good deals on college. But since 1970, when Elizabeth Warren paid $50 for her last semester of public college, tuition has become as confusing as health insurance or a credit card agreement. It’s hard even to know what it costs. In 2018, 84 percent of American undergraduates at four-year public institutions and 90 percent at private ones, were granted tuition discounts. But that doesn’t allow students or their families to plan: Financial aid is recalculated every year as tuition rises and institutions reassess a family’s ability to pay.

So they take out more loans. By 2019, students, their parents and their grandparents had signed away over $1.5 trillion.

These loans — so easy to get, so difficult to understand or repay — conceal the fact that, regardless of how much financial aid is available, the majority of students cannot pay tuition. Almost half of colleges are only affordable for families with incomes over $160,000, 35 percent for students whose families make more than $100,000. Imagine families budgeting for that while also suffering economically from what may be the worst financial crisis since the Great Depression.

So what must change? To start, public colleges and universities should be truly public and tuition-free; private ones, a crucial and longstanding resource, should be discounted by the cost of a public education. Federal loans should be generous, interest-free and forgivable, perhaps in exchange for national service. To paraphrase my late friend, the historian Jesse Lemisch, we need a federal New Deal for higher education, supported by tax dollars, that breaks the stranglehold tuition has on American families.

But addressing college costs is not just about lowering tuition fees. It is also about finding a way to make higher education financially sustainable. The first step to doing that is to recognize how education expenses like food, housing, salaries, health care, technology, libraries and pensions — as well as instruction — are tightly interwoven with the overall economy.

Every economic plank on Joe Biden’s 2020 Democratic platform should be linked to higher education policy, and policy proposals should be evaluated for how they contribute to making higher education affordable for students and the institutions themselves. National health care, robust Social Security reform, infrastructure investment, affordable housing, minimum basic incomes — can have a positive impact on the higher-education burden borne by working families. They create dignified, healthy lives for students. They release colleges from paying the cost of health and retirement benefits for employees. And they help to create good, full-time jobs.

Covid-19 has presented us with an unexpected choice: to use this crisis as an opportunity for realistic, multitiered, reform. Above all, we must restore higher education as a human right. That will depend on more than making college free — it will depend on reminding ourselves that we need to pay taxes for the public good.