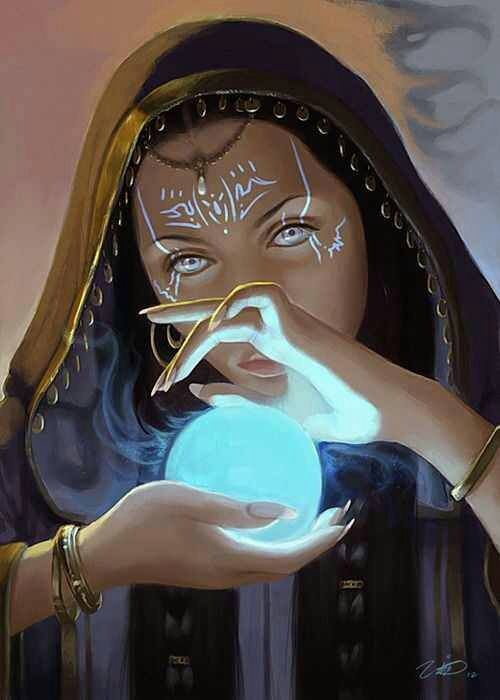 Mark Lilla, a professor of humanities at Columbia University, has an op-ed ( see below)  in today’s New York Times entitled, “No One Knows What’s Going to Happen”.  He pleads for all of us to stop asking pundits to predict the future after the coronavirus.  They don’t know.   He gives examples from history and religion to make his case.  His conclusion:

“A dose of humility would do us good in the present moment. It might also help reconcile us to the radical uncertainty in which we are always living. Let us retire our prophets and augurs. And let us stop asking health specialists and public officials for confident projections they are in no position to make — and stop being disappointed when the ones we force out of them turn out to be wrong.”

No One Knows What’s Going to Happen

The best prophet, Thomas Hobbes once wrote, is the best guesser. That would seem to be the last word on our capacity to predict the future: We can’t.

But it is a truth humans have never been able to accept. People facing immediate danger want to hear an authoritative voice they can draw assurance from; they want to be told what will occur, how they should prepare, and that all will be well. We are not well designed, it seems, to live in uncertainty. Rousseau exaggerated only slightly when he said that when things are truly important, we prefer to be wrong than to believe nothing at all.

The history of humanity is the history of impatience. Not only do we want knowledge of the future, we want it when we want it. The Book of Job condemns as prideful this desire for immediate attention. Speaking out of the whirlwind, God makes it clear that he is not a vending machine. He shows his face and reveals his plans when the time is ripe, not when the mood strikes us. We must learn to wait upon the Lord, the Bible tells us. Good luck with that, Job no doubt grumbled.

When the gods are silent, human beings take things into their own hands. In religions where the divine was thought to inscribe its messages in the natural world, specialists were taught to take auspices from the disposition of stars in the sky, from decks of cards, dice, a pile of sticks, a candle flame, a bowl of oily water, or the liver of some poor sheep. With these materials, battles could be planned, plagues predicted and bad marriages avoided.

In those places where the gods were thought to communicate verbally with humans, oracles and prophets were designated to provide answers on demand. The most highly revered oracles in the ancient Greek world were the high priestesses at the Temple of Apollo at Delphi. When it came time to respond to a petitioner who had placed a question before her, the priestess would enter the inner sanctum and seat herself on a tripod erected over a crevice in the ground, out of which inebriating gases were thought to rise.

These fumes paralyzed her rational faculties and put her in a trance of receptivity that allowed the god Apollo to speak through her in cryptic remarks and riddles. These would be interpreted by a second figure, the prophet, who answered the grateful petitioner in poetry or prose. It was a very successful start-up and made Delphi a wealthy town.

Prophets today are less flamboyant. Former prime ministers do not, as a rule, sniff drugs before appearing on CNN. They sit meekly in the green room sipping mineral water before being called on to announce our fate. Augurs have given up on sheep livers and replaced them with big data and statistical modeling. The wonder is that we still cry out for their help, given that the future is full of surprises.

Professional forecasters know this about the future, which is why in the small print of their reports they lay out all the assumptions that went into the forecast and the degree of statistical confidence one might have in particular estimates, given the data and research methods used. But harried journalists and public officials don’t read or comprehend the footnotes, and with the public baying for information, they understandably pass on the most striking estimates just to get through the day.

Ancient augurs and prophets were in high-risk professions. When their predictions failed to materialize, many were executed by sovereigns or pulled apart by mobs. We see a bloodless version of this reaction today in the public’s declining confidence in both the news media and the government.

Take a banal example: snowstorms and school closings. A half century ago, when meteorological forecasting was less sophisticated, parents and children would not learn that classes were canceled until the storm began and it was announced on radio and television that very morning. We lived in harmless uncertainty, which for kids was thrilling. When snowflakes fell they even looked like manna from heaven.

Today, mayors and school superintendents, putting their faith in the meteorologists, routinely announce closings a day or more in advance. If the storm fails to arrive, though, they are sharply criticized by parents who lost a day of work or had to find day care. And if an unforeseen storm paralyzes the city, leaving streets unsalted and children stranded at school, the reaction is far worse. More than one mayor has lost a re-election bid because of failed prophecies, victim of our collective overconfidence in human foresight.

Our addiction to economic forecasting is far more consequential. Here the footnotes really do matter but politicians and the press encourage magical thinking.

Never mind that declining global demand slowed growth, that Wall Street is a drama queen and that a freakish tanker collision set off the war. A failed presidency is declared. And so the press and the public turn to fresher faces — who of course offer the same absurdly precise predictions. Not for nothing did Gore Vidal call us the United States of Amnesia.

The public square is thick today with augurs and prophets claiming to foresee the post-Covid world to come. I, myself, who find sundown something of a surprise every evening, have been pursued by foreign journalists asking what the pandemic will mean for the American presidential election, populism, the prospects of socialism, race relations, economic growth, higher education, New York City politics and more. And they seem awfully put out when I say I have no idea. You know your lines, just say them.

I understand their position. With daily life frozen, there are fewer newsworthy events to be reported on and debated. Yet columns must be written, and the 24/7 cable news machine must be fed. Only so much time can be spent on the day’s (hair-raising) news conferences or laying blame for decisions made in the past or sentimental stories on how people are coping. So journalists’ attention turns toward the future.

But the post-Covid future doesn’t exist. It will exist only after we have made it. Religious prophecy is rational, on the assumption that the future is in the gods’ hands, not ours. Believers can be confident that what the gods say through the oracles’ mouth or inscribe in offal will come to pass, independent of our actions. But if we don’t believe in such deities, we have no reason to ask what will happen to us. We should ask only what we want to happen, and how to make it happen, given the constraints of the moment.

Apart from the actual biology of the coronavirus — which we are only beginning to understand — nothing is predestined. How many people fall ill with it depends on how they behave, how we test them, how we treat them and how lucky we are in developing a vaccine.

The result of those decisions will then limit the choices about reopening that employers, mayors, university presidents and sports club owners are facing. Their decisions will then feed back into our own decisions, including whom we choose for president this November. And the results of that election will have the largest impact on what the next four years will hold.

The pandemic has brought home just how great a responsibility we bear toward the future, and also how inadequate our knowledge is for making wise decisions and anticipating consequences. Perhaps that is why our prophets and augurs can’t keep up with the demand for foresight.

At some level, people must be thinking that the more they learn about what is predetermined, the more control they will have. This is an illusion. Human beings want to feel that they are on a power walk into the future, when in fact we are always just tapping our canes on the pavement in the fog.

A dose of humility would do us good in the present moment. It might also help reconcile us to the radical uncertainty in which we are always living. Let us retire our prophets and augurs. And let us stop asking health specialists and public officials for confident projections they are in no position to make — and stop being disappointed when the ones we force out of them turn out to be wrong. (A shift from daily to weekly news conferences and reports would be a small step toward sobriety.)