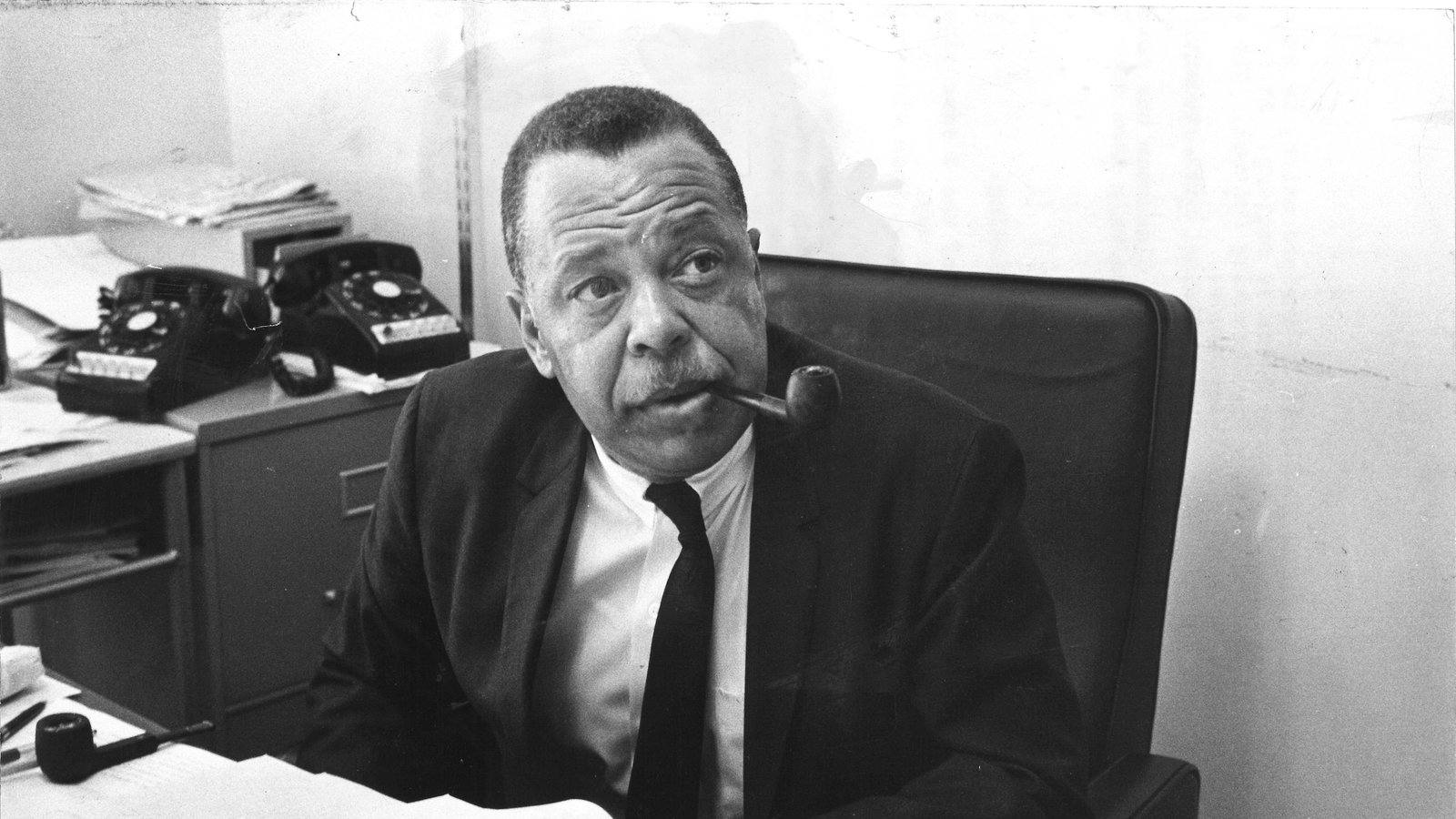 Rhody McCoy, the school administrator who led the Ocean Hill-Brownsville community school district experiment in 1968, has died at the age of 97.  Many educators  liken the experiment as the one of the most contentious events  in the history of the New York City public schools.  Given a certain degree of independence and parental control, Mr. McCoy led the district in the transfer of teachers without due process that led to a citywide teachers’ strikes and a bitter racially charged dispute that pitted the union against the district and community.  Anyone who lived in New York at the time will likely remember vividly the confrontations between white teachers and black and Latino parents.  McCoy’s obituary below by Sam Roberts accurately recaps his life and especially the Ocean Hill-Brownsville period.

Rhody McCoy, a veteran black educator whose peremptory transfer of white teachers from his Brooklyn school district in 1968 touched off a citywide strike that closed schools for weeks and exposed a seismic rift among American liberals over race, education and trade unionism, died on April 18 at his home in Palm Desert, Calif. He was 97.

His death was announced this month by his daughter Carmen McCoy-Bell.

What became known as the 1968 school wars in New York City was the culmination of efforts by reformers to grant local communities greater control over curriculum and hiring, in response to parents’ complaints that their children were failing academically.

By the late 1960s, most students in the city’s public schools were black or Hispanic; a vast majority of teachers and supervisors were white. An experiment in community control in three districts, including Ocean Hill-Brownsville in Brooklyn, where Dr. McCoy was the local administrator, became a crucible for racial conflict in a city undergoing demographic upheaval.

Dr. McCoy’s pipe-puffing persona belied his militant commitment both to black nationalism and to the decentralization of school governance, which political and academic progressives were preaching as one way to improve education and restore confidence in the school system.

Dr. McCoy, holding sign at left, and the Rev. C.B. Marshall at a demonstration outside Dr. McCoy’s office during the 1968 teachers’ strike.Credit…Patrick A. Burns/The New York Times

The reformers viewed decentralization as an experiment that would unshackle the underperforming Ocean Hill-Brownsville district from the Board of Education’s hidebound central bureaucracy. But Dr. McCoy preferred to see it as veritable community control, which would empower a locally elected board of parents and other district residents to choose their children’s teachers and their supervisors.

The Brooklyn community board’s decision in 1968 to transfer 19 teachers and supervisors it deemed second-rate — ordinarily a routine procedure — enraged the United Federation of Teachers. That all 19 were white gave the conflict a racial cast.

The union insisted that the personnel shifts fundamentally threatened the job security it had won from the Board of Education less than a decade earlier in its first collective bargaining agreement.

An administrative stalemate — a hearing officer ruled that the teachers should be reinstated, but the local board ignored the order — touched off a series of strikes that shut schools for a million students during 36 of the first 38 days of the fall 1968 term. It led to vituperative and even violent confrontations at local schools and an enduring estrangement between black residents, who made up most of the neighborhood, and Jews, who accounted for many members of the teachers’ union.

Months of chaos ensued as city officials sought to reconcile the educational theory behind school decentralization with the city’s ethnic and racial political realities. If Dr. McCoy had largely faded since then as a forgotten footnote, Albert Shanker, the teachers’ union president and a lifelong liberal, would be immortalized as a choleric rabble-rouser — notably by Woody Allen in the 1973 film “Sleeper,” in which the protagonist awakens after two centuries in suspended animation to learn that the United States has been destroyed because “a man named Albert Shanker got hold of a nuclear warhead.”

Adding fuel to an already combustible caldron was a supporting cast that included Herman Ferguson, who was nominated as a principal by the district’s governing board while under indictment for conspiring to murder moderate civil rights leaders; Leslie Campbell, a black teacher who during a radio interview read a poem by a student that included the lines “You pale-faced Jew boy — I wish you were dead”; and John O’Neill, a teachers’ union vice president, who became alarmed by the rising racial tension and publicly broke with Mr. Shanker.

“He was a veteran educator surrounded by angry activists,” Dr. Ravitch said in an email. “He gave legitimacy to their cause. He was not caught in the middle. He enjoyed being the public face of the community control movement, and he must have enjoyed the discomfort he caused the establishment.”

But despite the good intentions of Mayor John V. Lindsay, who supported decentralization to improve failing schools, and McGeorge Bundy, president of the Ford Foundation, which had initiated the experiment, some supporters said it was doomed from the start.

All of the original three demonstration districts were established in minority neighborhoods, inevitably casting the conflict through a racial prism. Control was never clearly defined, nor was the local district given the support it needed to redeem what it considered its mandate — whether because of bungling by the Board of Education’s grinding bureaucracy or deliberate sabotage.

A New York Civil Liberties Union analysis of the decentralization experiment later concluded: “Once the Board of Education understood that what Ocean Hill-Brownsville really wanted was an experiment in genuine community control, it backed off even before it had begun.”

Dr. McCoy later lamented that such an experiment was even attempted.

“It is absurd to try to deceive people by giving them programs, uttering promises and painting them pictures of future success while at the same time denying them the tools, techniques and the power to accomplish all these,” he wrote in a letter to The New York Times in 1969.

Charles S. Isaacs, who taught at Junior High School 271 in the district and later wrote “Inside Ocean Hill-Brownsville: A Teacher’s Education, 1968-69” (2014), said in an interview, “Rhody came with a vision of bringing black nationalism into the classroom, and he stuck with it as long as it was possible.”

The three demonstration districts were scrapped by the State Legislature and replaced in 1969 with a citywide hybrid version of decentralization, which left most of the control with the central board.

Dr. McCoy in 1967. “Rhody came with a vision of bringing black nationalism into the classroom,” a colleague said, “and he stuck with it as long as it was possible.”Credit…Robert Walker/The New York Times

He originally wanted to be a doctor, he said, but he was inspired by his teachers in Washington’s segregated school system to pursue a career in education.

After graduating from Dunbar High School and serving in the Army in the Pacific during World War II, he earned a bachelor of science degree from Howard University in 1947, followed by a master’s from New York University and a doctorate in education from the University of Massachusetts at Amherst.

He is survived by his wife of 32 years, Carole Richmond-McCoy; seven children from his first marriage, to Edith Bowman-McCoy, which ended with her death: Marshena McCoy-Williams, Pamela McCoy, Carmen McCoy-Bell, Dr. Renée McCoy-Collins, Sharon McCoy, Yvette McCoy-Johnson and Rhody A. McCoy III; three children from his second marriage, Jennifer Richmond, Cynthia Richmond-Farr and Matthew Richmond; 18 grandchildren; 24 great-grandchildren; and a great-great-granddaughter.

He joined the New York City school system in 1949 and was an assistant principal at a school for emotionally disturbed boys in Manhattan when he was recruited by the Ocean Hill-Brownsville district shortly after it was established in 1967 — initially as a principal and then as one of two finalists, along with a white local principal, for unit administrator.

Dr. McCoy lived in Roosevelt, N.Y., and was an acolyte of Malcolm X when he was hired by the Brooklyn district, which had about 9,000 students and about 550 teachers. After the protests subsided in November 1968, he told New York magazine that of 250 teachers he hired, many to replace strikers, more than 70 percent were white and more than 50 percent were Jewish.

“We have changed a few things” in his relatively brief tenure, he told the magazine. “We’re trying to get teachers to teach, get involved with the kids in a one-to-one relationship, not simply stand up in front of a class and dispense facts.”

But he was hamstrung, and he left in 1970 because, as he wrote in The Times, the central issue in the Ocean Hill-Brownsville upheaval was “power and its redistribution.”

“Developments revealed,” he wrote, “that no real redistribution of power can take place peaceably in our society. It is clear that these issues are political. This alarms only those clinging to the myth that politics and education are separate.” (He acknowledged that the various factions might have found a way to compromise. “One,” he said years later, “would be to get rid of me.”)

After the experimental districts were abolished in the 1970s, Dr. McCoy, whose close-cropped hair had by then evolved into a short Afro, became an assistant professor at the University of Massachusetts, where he directed the Committee for the Collegiate Education of Black Students.

In 1981, when Dr. McCoy was enlisted by the District of Columbia’s school system to expand community involvement, the district’s acting school superintendent, James T. Guines, characterized his new hire to The Washington Post as “a militant” and “aggressive.”

But he added: “He is not the same Rhody McCoy we read about in Ocean Hill-Brownsville, taking on Mayor Lindsay, on Albert Shanker. He still has the same philosophy and the same convictions. But I don’t think he has the same energy level. You can’t keep that up.”