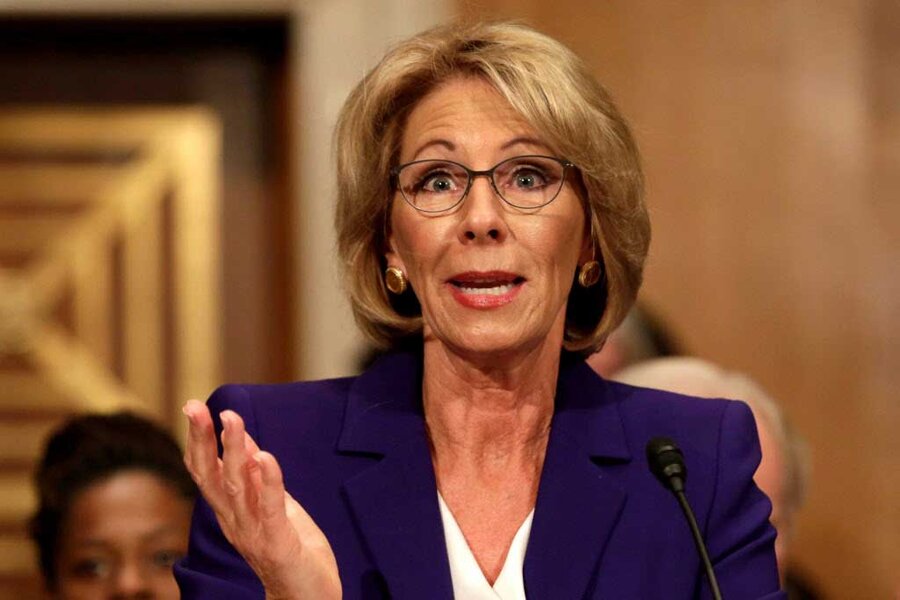 Last Wednesday, USDOE Secretary Betsy DeVos compared the abortion rights debate to the battle to abolish slavery.  Speaking at a Colorado Christian University event in Washington, D.C., Politico reported that she discussed the Trump administration’s stance on abortion and said she was reminded of President Lincoln, who “contended with the ‘pro-choice’ arguments of his day,” she reportedly said, in reference to slavery.

“They suggested that a state’s choice to be a slave or to be free had no moral question in it,” she continued. “President Lincoln reminded those pro-choicers that [there are] a vast portion of the American people that do not look upon that matter as being this very little thing. They look upon it as a vast moral evil”

Under the Trump administration, abortion rights have been threatened. Tennessee Governor Bill Lee announced his plan this week to enact some of the strictest abortion laws in the U.S., which includes banning women from undergoing an abortion once a fetal heartbeat has been detected.

In 2019, similar bills were introduced in Georgia, Kentucky, Louisiana, Mississippi and Ohio. Known as heartbeat bills, these proposed laws suggested banning abortion as early as six weeks into a pregnancy. Missouri introduced an eight-week ban, and Arkansas and Utah introduced 18-week bans.

On Friday, Trump adddressed the March for Life — a pro-life rally originally organized in response to Roe v. Wade, the 1973 Supreme Court decision that legalized abortion nationwide. It is the first time a sitting president addressed the annual event.

To compare abortion to slavery is horrific enough and to compare Trump in anyway to Abraham Lincoln is a political sacrilege.