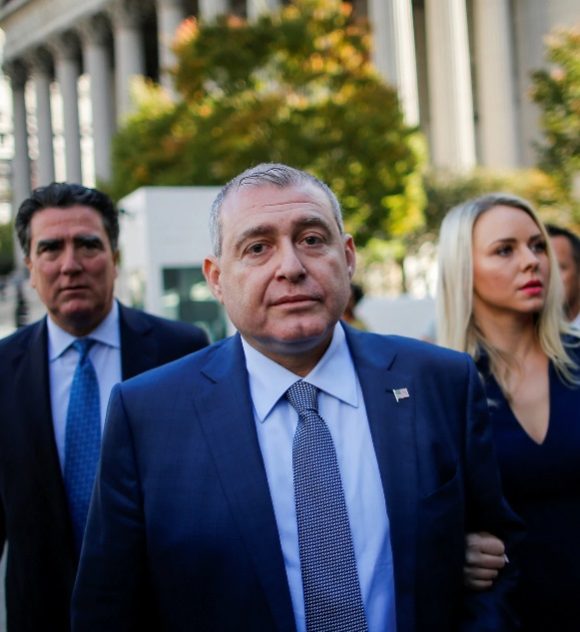 The New York Times is reporting this morning that Lev Parnas, one of Rudy Giuliani’s associates has flipped and has said that he told the incoming Ukrainian leadership earlier this year to announce an investigation into the Bidens in exchange for U.S. military aid.  As reported:

“Parnas allegedly traveled to Kyiv just before Ukrainian President Volodymyr Zelensky was inaugurated in May and told the incoming government to announce an investigation into President Donald Trump’s political rival Joe Biden, otherwise the U.S. would freeze military aid to the country, the Ukrainian-American businessman’s attorney Joseph A. Bondy told The New York Times in a report published Sunday.

The remarks to the newspaper are one of the first signs that Parnas has flipped on Trump and his personal attorney in the impeachment investigation surrounding the United States president’s attempted extortion of Ukraine. The warning to Ukrainian leadership was allegedly at the direction of Giuliani, whom Bondy said Parnas believed to be acting under Trump’s instruction.

The business associate said Nov. 4 that he would be willing to testify in the House impeachment probe, a change of heart after Parnas refused to comply with House committees’ requests in October. The reconsideration came after Trump denied to reporters that he knew Parnas.

Parnas and fellow Soviet-born business associate Igor Fruman were arrested in October on charges of using a shell company to make straw donations to a pro-Trump election committee and other Republican candidates like former Rep. Pete Sessions (Texas). They pleaded not guilty, though the indictments did not mention any issues related to the impeachment investigation.

Giuliani has said that Parnas and Fruman assisted him in pursuing unsubstantiated allegations that Biden pushed for a Ukrainian prosecutor’s ouster to benefit his son Hunter, who used to serve on the board of Ukrainian energy company Burisma. But Giuliani has denied that Parnas delivered a warning to incoming Ukrainian leadership at his direction, according to the Times.

Giuliani himself is under investigation over allegations of illegally engaging in foreign lobbying in connection with the Ukraine scandal. That investigation stemmed from the probe into Parnas and Fruman, though Giuliani has denied any wrongdoing.

Fruman’s attorney John M. Dowd told the Times that the two were only seeking a meeting with Zelensky and that there was no discussion of withholding military aid or setting up terms.

Trump suspended nearly $400 million in congressionally approved U.S. military aid to Ukraine just before his July 25 call with Zelensky, in which he pressured him to investigate the Bidens as well as false claims that Ukraine interfered in the 2016 presidential election instead of Russia.”

Another domino is about to fall!