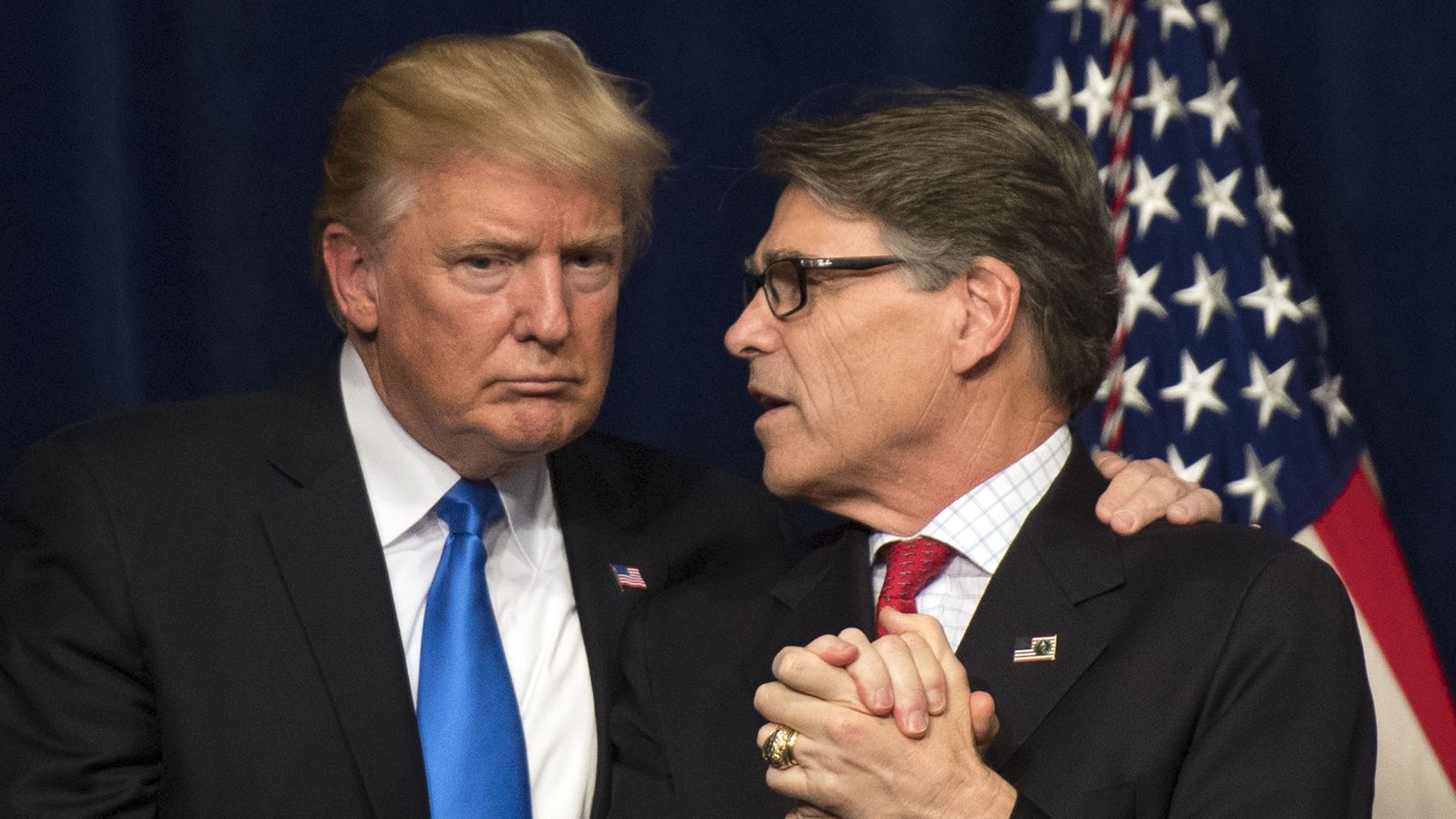 It appears that there is a connection between Energy Secretary Rick Perry, Donald Trump and the phone call that is at the center of the Ukraine scandal.  As reported by the Associated Press:

“Secretary Perry absolutely supported and encouraged the president to speak to the new president of Ukraine to discuss matters related to their energy security and economic development,” Perry’s Energy Department spokeswoman, Shaylyn Hynes, said in an email.

Trump on Friday evening told House Republicans that it was Perry who had teed up the July call with Ukraine, according to a person familiar with Trump’s new comments who was granted anonymity to discuss the private conference call.

But Trump did not suggest that Perry had anything to do with the pressure on Ukraine to investigate the Bidens, or a U.S. holdup in military aid to the country, the person said. Trump’s remarks on the late Friday call was first reported by Axios.

Perry, the former governor of Texas and up to now a lower-profile but active member of Trump’s Cabinet, has made repeated trips to Ukraine and met often with Ukranian officials, including Zelenskiy. Perry and his agency say his involvement with Ukraine was part of U.S. policy, predating the Trump administration, to increase U.S. natural gas, coal and other supplies to Eastern Europe to lessen Russia’s control of the region’s energy market.

“He continues to believe that there is significant need for improved regional energy security,” Hynes said. Perry was heading to Lithuania again Sunday night, and would meet with nearly two dozen European energy officials, including those from Ukraine, she said.

Hynes did not immediately answer questions Sunday about whether Perry had discussed the Trump administration’s push for help investigating Trump’s Democratic rivals in his meetings with Ukraine.

But Perry told an evangelical Christian news outlet, CBN News, in an interview aired Friday that he had never heard anyone in the administration bring up Biden or Biden’s son, who served on a board of a Ukraine natural gas business, in dealings with Ukrainian officials.

“Not once, as God as my witness, not once was a Biden name — not the former vice president, not his son — ever mentioned,” Perry told the outlet. “Corruption was talked about in the country but it was always a relatively vague term of, you know, the oligarchs and this and that and what have you.”

Glad to see that Trump has his energy secretary’s back.  Perry will likely be gone soon!