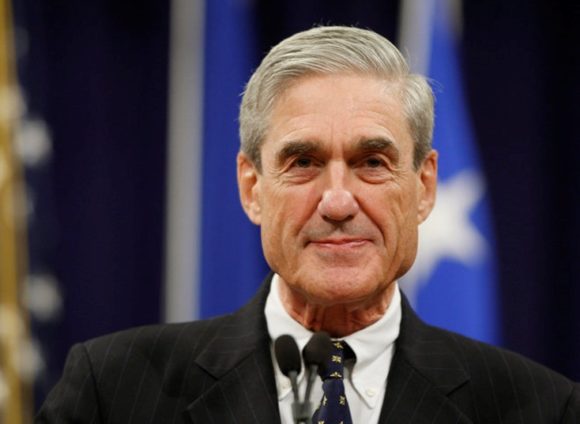 The major news out of Washington, D.C. yesterday was that former special counsel Robert Mueller has agreed to testify publicly before Congress on July 17th.  He will appear before both the House Judiciary and the House Intelligence Committees to answer questions about his investigation into Russian interference in the 2016 presidential election and possible Trump campaign collusion. In his report on the probe, Mueller stopped short of exonerating the president of criminal activity.  As reported by the Associated Press and USA Today.

“House Judiciary Committee Chairman Jerry Nadler, D-N.Y., and House Intelligence Committee Chairman Adam Schiff, D-Calif., said in a statement Tuesday evening that Mueller has agreed to testify before both of their committees after they issued a subpoena to the former special counsel.

“Americans have demanded to hear directly from the Special Counsel so they can understand what he and his team examined, uncovered, and determined about Russia’s attack on our democracy, the Trump campaign’s acceptance and use of that help, and President Trump and his associates’ obstruction of the investigation into that attack,” the two said in a statement.

“We look forward to hearing his testimony, as do all Americans,” they continued.

House Speaker Nancy Pelosi, D-Calif., praised Mueller’s decision to testify before the two House panels. In a statement, Pelosi said that despite Mueller’s report revealing that Russians interfered in the 2016 election, “the president calls it a hoax, and suggests that he would welcome Russian interference again.”

“We are pleased that the American people will hear directly from Special Counsel Mueller. Our national security is being threatened and the American people deserve answers,” she also said. “Members of Congress must honor our oath and our patriotic duty to follow the facts, so we can protect our democracy.”

Democratic lawmakers over the past several weeks have called for Mueller to testify about his investigation into Russia’s interference in the 2016 presidential election, which also touched on possible obstruction of justice by Trump.

Mueller’s investigation, according to its final report submitted to the attorney general in April, documented Moscow’s “sweeping and systematic” effort in the 2016 election aimed in part at helping Trump win the presidency and a Trump campaign that welcomed the assistance, but it did not find a conspiracy between the two. It also traced a series of steps Trump took after becoming the president to stymie the investigation looming over his administration, though Mueller declined to say whether those acts were illegal.

Lawmakers from both parties have said they are eager to question the former special counsel about both his conclusions and the handling of the Russia investigation, which Trump has repeatedly called a “witch hunt.”

Mueller’s investigation led to criminal charges against three businesses and 34 individuals, including Russian intelligence officers and six of Trump’s onetime senior aides and advisers. The investigation found that several of Trump’s former aides had lied to investigators and Congress in ways meant to downplay links to Russia.

In late May, Mueller made a rare public statement of his findings on the Russia probe. He also said that he and his team of investigators and prosecutors did not clear Trump of criminal wrongdoing with regard to obstruction of justice and laid out why he could not bring charges against the president.

“If we had confidence that the president clearly did not commit a crime, we would have said that,” Mueller said at the time, adding that investigators were essentially blocked by long-standing Justice Department policy that prohibits the criminal prosecution of sitting presidents.

“A president cannot be charged with a federal crime while he is in office. That is unconstitutional,” Mueller said.

Mueller also said at the time that he would not testify before Congress and that his report speaks for itself.

Since Mueller’s report was released in April, Nadler has attempted to get the former special counsel to testify before his committee to no avail.

Nadler and Schiff noted in a letter accompanying the subpoena to Mueller on Tuesday that there are “certain sensitivities associated with your open testimony,” such as the Special Counsel’s Office referring several criminal investigations to other offices at the Department of Justice, and certain matters that are ongoing.

“Nevertheless, the American public deserves to hear directly from you about your investigation and conclusions,” the two lawmakers wrote in the letter. “We will work with you to address legitimate concerns about preserving the integrity of your work, but we expect that you will appear before our Committees as scheduled.”

All eyes will be following Mueller’s testimony on July 17th.  Let’s hope it is not a big letdown. We should also remember that there are Republicans on these committees who will seek to grill Mueller in an effort to protect President Trump.