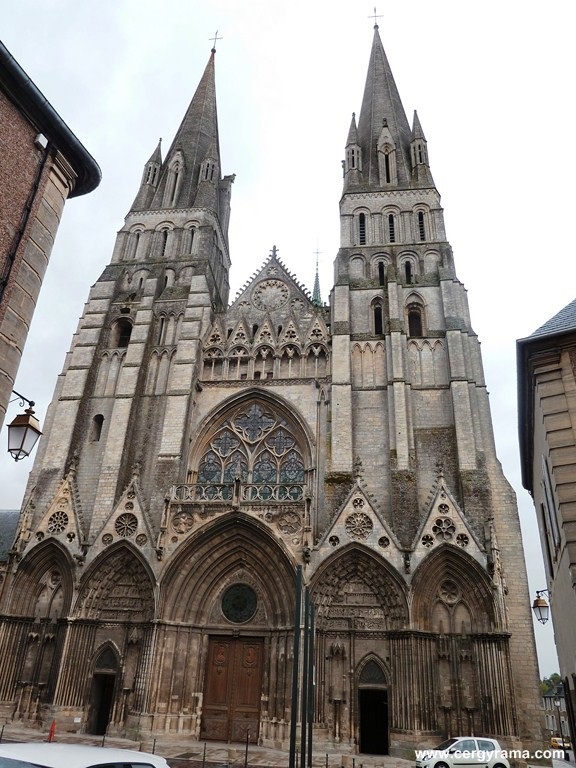 Entrance to the Cathedral

After a long day of touring and the trip to the Normandy World War II memorials yesterday, Elaine and I stayed in town and had a late breakfast/early lunch.  We did manage to visit the Cathedral of Notre Dame also known as the Cathedral of Bayeux.  The present cathedral was consecrated on July 14th, 1077 in the presence of William (the Conqueror), Duke of Normandy and King of England.  The cathedral is the spiritual center of the town and its spires can be seen from anyplace in the old sections. Originally Romanesque/Norman and later added Gothic veneer, the church is a typical medieval structure as imposing inside as its exterior.  The inside consists of white marble, buttress ceilings, and a beautiful altar, all of which complement each other.

In a few hours, we leave for a day-tour of Mont St-Michel, an island and abbey with historical, religious, and architectural  significance dating back to the 8th century.  It is listed as a UNESCO World Heritage Site. 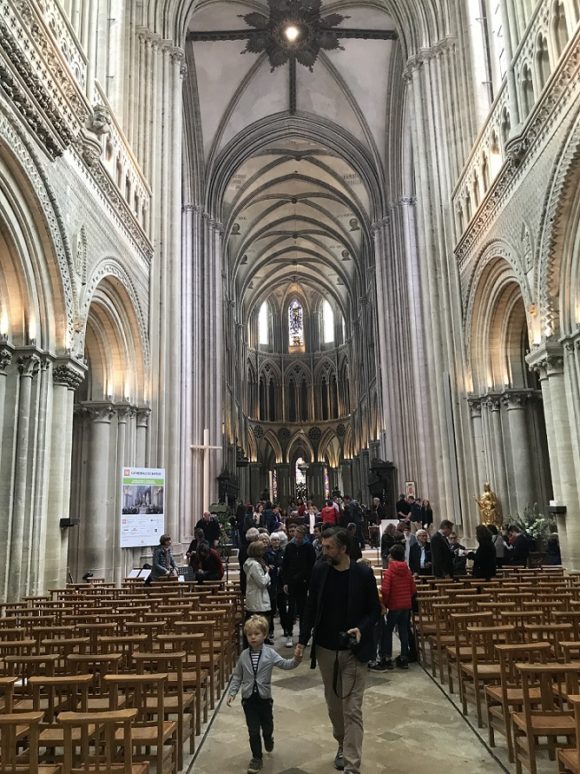 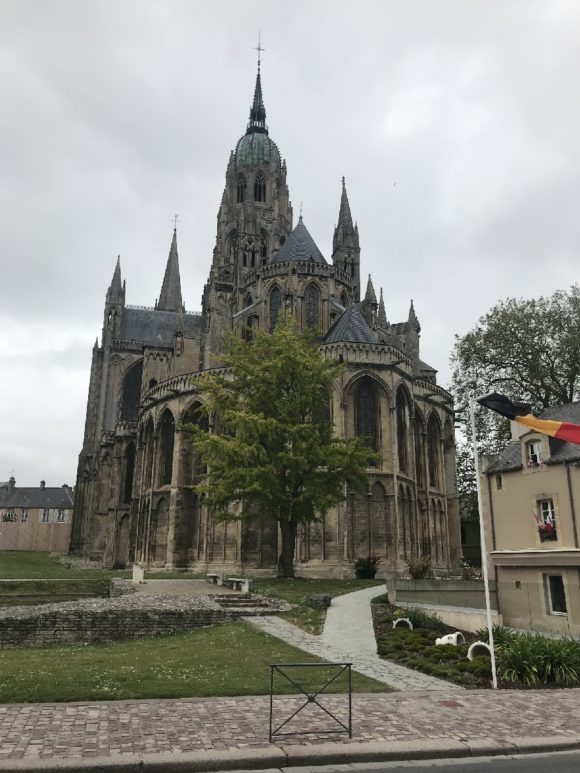 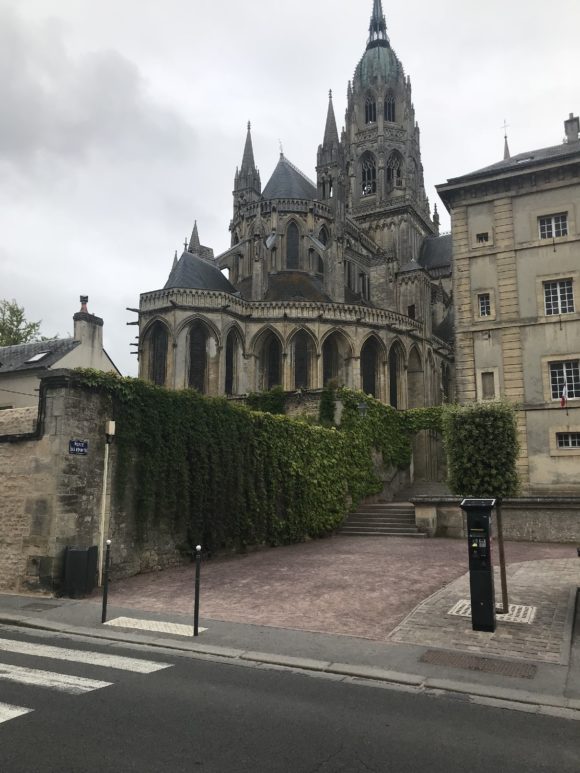 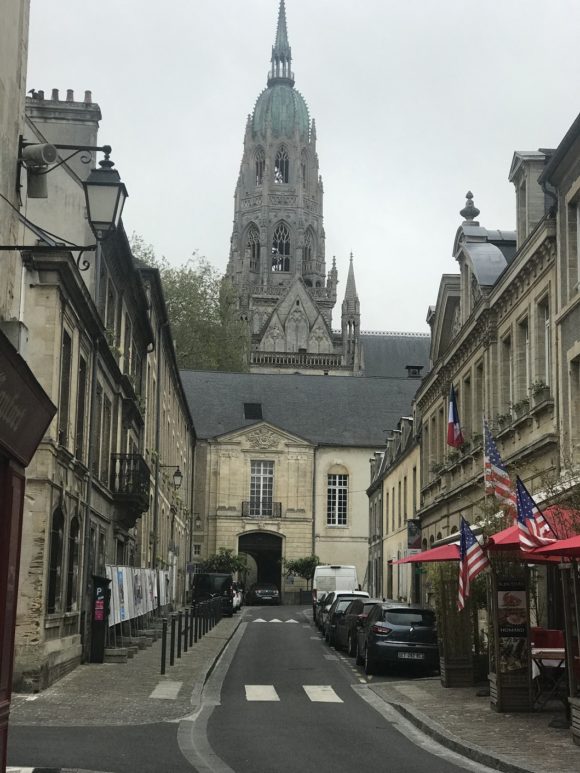 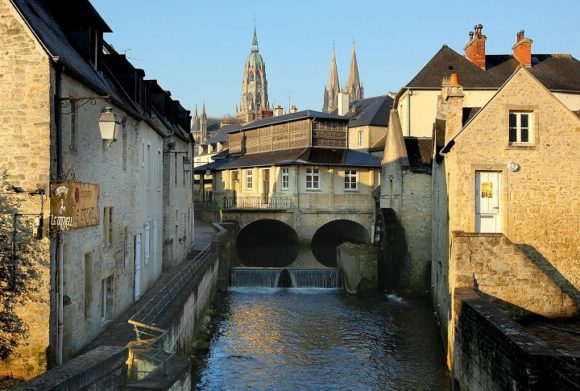