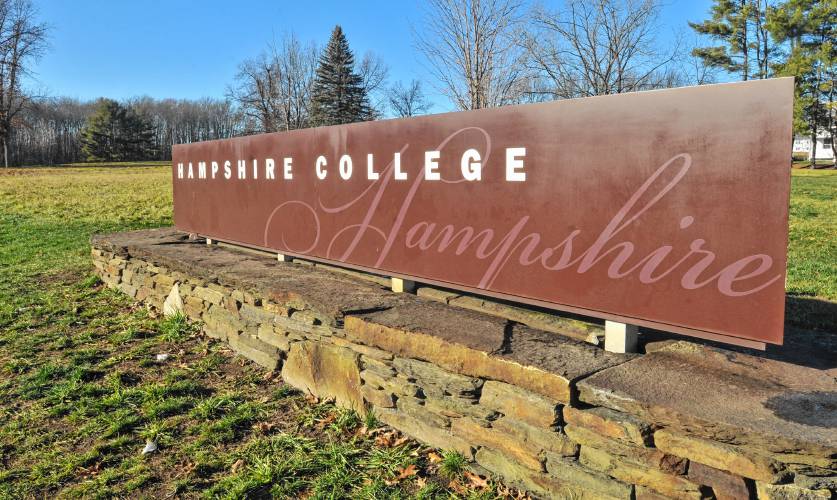 Hampshire College has been fighting for its survival for the past year.  Amid bleak financial prospects, the small liberal-arts institution in Massachusetts announced  that it would find a merger partner and accept a much-reduced freshman class but that was before a wave of top leaders stepped down, including President Miriam E. Nelson along with the chair and vice chair of the board.  Now the college is taking a merger off the table and aims to chart a new path for survival.  Here is the road it is taking as reported in The Chronicle of Higher Education.

There was no getting around it: Hampshire needed to cut expenses. However, initial plans to slash half the faculty were forestalled, providing relief for professors worried about whether the character of the institution could survive mass faculty layoffs.

Twenty-six faculty members took voluntary leaves of absence, and many of them will take positions in local institutions in the Five College Consortium, according to a message to the campus this week from Interim President Ken Rosenthal. Twenty-one faculty members reduced their appointments, for example, from full-time to three-fourths-time. Eleven faculty members will be retiring.

The faculty will go from 110 full-time-equivalent positions this year to 60 next.

“It was really an elaborate community effort from the faculty to ensure there were minimal-to-no layoffs,” said Christoph Cox, a philosophy professor who volunteered to reduce his hours. “Everybody realizes we’re in this together.”

Staff members did not, perhaps, share that realization. Hampshire began informing 24 staff members on Friday that their jobs will be eliminated by June 30.

Amid the reductions, Hampshire decided to add four visiting faculty positions in high-demand areas, responding to market demands. The areas include game design and animation; film, photo and video; anthropology; and critical dance.

“It’s a combination of what we need on campus,” Rosenthal said, “and what our students need and don’t see available on the other consortium campuses.”

Eva Rueschmann, vice president for academic affairs and dean of faculty, said Hampshire wanted to maintain the strengths it has been known for nationally, like being ranked fifth in the Princeton Review for animation and game-design programs.

“There was always a commitment to certain areas where we were strong,” Rueschmann said. “We had the data to really make those decisions based on what students are looking for.”

The decision by the previous administration to admit a much smaller freshman class continues to be a sore point for faculty members. It’s viewed as a self-inflicted wound at a place that is largely dependent on student tuition for operating expenses, and as a choice made by leaders who felt a merger or partnership was the only way forward.

That comes after years of declining enrollment. Next year, the campus will be drastically smaller, with about 600 students, far less than the 1,300 Rosenthal says he would like to see at full strength.

Rosenthal must convince potential students that Hampshire is a viable institution despite the last few months. He thinks he can do it. Despite the challenges this year, he said, Hampshire still has a valuable brand.

Even with the starpower, however, the challenge will be big. The president said he wants to raise about $20 million within the next 14 months, and about $90 million over the next five years, to put the college on solid footing.

It’s especially challenging because Hampshire is a young college. Most of its alumni — half of whom are younger than 42 — haven’t hit their full earnings potential. And that also means the college tends to get fewer windfalls from alumni wills than older colleges.

“We need to go to the people who know us the best,” Rosenthal says, “and ask them to do more for us than they ever have before.”

Hampshire has been helped by the Five College Consortium, which includes Amherst, Mount Holyoke, and Smith Colleges, and the University of Massachusetts at Amherst. Many of its faculty members will be on those colleges’ payrolls but will still be part of the Hampshire community.

For example, advising is central to Hampshire’s education model, which looks a lot like graduate education at the undergraduate level. Hampshire will still pay its faculty members who will be taking positions at nearby colleges to continue their advising relationships with Hampshire students.

“This will encourage students who are here to come back next year,” Rosenthal said, “because they’ll find that in many cases their advisers are on campus or at a nearby campus able to advise them.”

Cox, the philosophy professor, said he wished the previous administration would have been more forthright about the challenges facing Hampshire earlier on and engaged with the community to try to find a solution. He has advice for other small liberal-arts colleges that are strapped for money.

“Early on in the game, before the financial pressures reach their crisis point,” he said, “make the pressures known to the whole community, and work together as a full community — faculty, staff, alumni, students and parents — to find a solution.”

We wish our colleagues at Hampshire all the best!