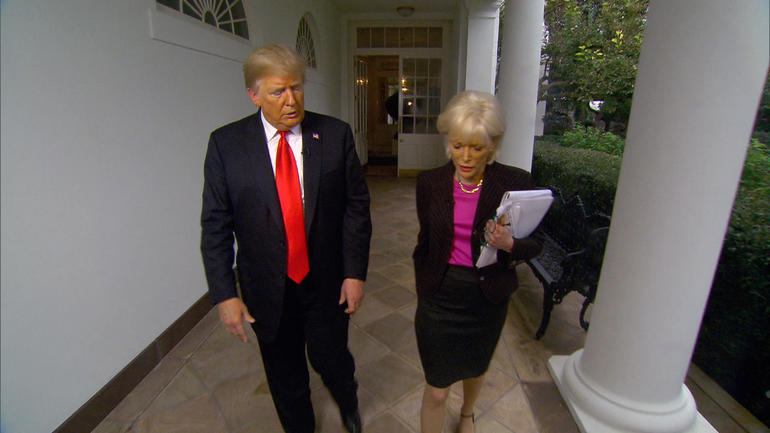 Last night on CBS’s 60 Minutes, President Donald Trump gave an interview to Lesley Stahl and commented on a number of issues. It was interesting and at times tense.   Below are six interesting exchanges during the interview courtesy of The Huffington Report.  A video and full transcript of the interview are available here.

Blasey, 51, gave an emotional testimony in September, recalling the details of the night she claims now-Supreme Court Justice Brett Kavanaugh drunkenly held her down and tried to forcibly remove her clothes at a gathering in the 1980s. She is one of three women who have publicly accused Kavanaugh of sexual misconduct.

“Had I not made that speech, we would not have won,” Trump said when Stahl said he mimicked Ford during the rally. “I was just saying she didn’t seem to know anything.”

“I didn’t really make fun of her,” he added, saying he believes that Ford was “treated with great respect” in the aftermath of the hearing.

Later, when pressed more by Stahl about whether he believes he treated Ford with respect, Trump said: “W―you know what? I’m not gonna get into it because we won. It doesn’t matter. We won.”

Stahl specifically asked the president if he still believed climate change was a hoax (he said no), but Trump refused to agree with a majority of scientists who say humans are directly causing the phenomenon.

The president’s comments come on the heels of the devastating Hurricane Michael and a new report from the United Nations’ climate change body that predicted dire consequences unless the planet dramatically scaled back greenhouse emissions.

Trump, firing back at Stahl’s question if he had listened to his own climate researchers, said that scientists were politically motivated.

“You’d have to show me the scientists because they have a very big political agenda,” he said.

Trump said he gets along well with North Korea’s Kim Jong Un.

“I trust him,” Trump said. “That doesn’t mean I can’t be proven wrong.”

Trump and North Korean leader Kim Jong Un met in Singapore in June. After the summit, the White House said the North had made firm pledges to rid itself of its nuclear weapons. The joint statement released after the event, however, was vague at best and provided no clear pathway for Kim to do so.

The president has previously tweeted that he was “confident” the North Korean leader would “honor the contract we signed &, even more importantly, our handshake,” referring to North Korea’s process of denuclearization.

Although Trump often calls the media the “enemy of the people,” he didn’t shy away from noting the severity of the disappearance and possible death of journalist and U.S. resident Jamal Khashoggi.

The Saudi reporter and columnist for The Washington Post has not been seen since entering the Saudi consulate in Turkey earlier this month. He was a known critic of Saudi policies, and Turkish authorities claim he was killed inside the building.

Trump said “nobody knows yet” if Khashoggi was murdered on the instruction of Saudi authorities, adding that the incident was “being investigated” and “being looked at very, very strongly.”

“As of this moment, they deny it, and they deny it vehemently,” he said. “Could it be them? Yes.”

Trump said Secretary of Defense Jim Mattis is “sort of a Democrat” who could be leaving his post relatively soon.

Mattis, a former Marine Corps general, hasn’t told Trump he plans to leave the administration. However, Trump said it “could be that he is.”

“I have a very good relationship with him,” Trump said. “I think he’s sort of a Democrat if you want to know the truth. But Gen. Mattis is a good guy. We get along very well. He may leave. I mean, at some point, everybody leaves. People leave. That’s Washington.”

Stahl pressed Trump repeatedly about his stance on the ongoing investigation by special counsel Robert Mueller into the last presidential election, asking if he would “pledge” not to shut it down. Trump refused several times to answer.

“I don’t pledge anything,” he said. “But I will tell you, I have no intention of doing that. I think it’s a very unfair investigation because there was no collusion of any kind.”

When the host asked once more, Trump again fired back, saying: “There is no collusion. I don’t wanna pledge. Why should I pledge to you? If I pledge, I’ll pledge. I don’t have to pledge to you.”

He later cast doubt on any claims that he had colluded with Russia during the election, calling the idea “ridiculous.”

32 people have been indicted in Mueller’s probe so far, including several high-profile members of the Trump campaign.