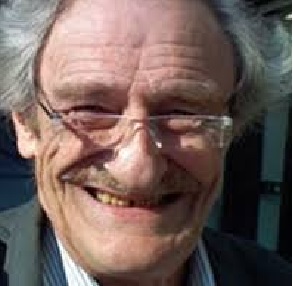 Stefan Baumrin, our long-time colleague from Lehman College and the CUNY Academy for the Humanities and Sciences, died on September 19th.  Below is an announcement describing a memorial service that will be held tomorrow.  Stefan was a good colleague who I knew for more than forty years going back to our time at Lehman College in the 1970s.  In later years we both served on a number of committees including the development of CUNY’s Intellectual Property Policy and the governance of the CUNY School of Professional Studies.  He was always prepared and although we did not always agree, we had friendly words for each other whenever we met.  In every sense, a true colleague.

I join the many others in the CUNY community who will miss him.

It is with great sadness that the CUNY Academy for the Humanities and Sciences announces the passing of Professor Stefan Bernard Baumrin on September 19 at the age of 84.  Professor Baumrin was a long-term member of our Board of Directors and former Secretary-Treasurer of the Academy. He was at home, surrounded by his closest family members, and kept his characteristic wit and humor until the end.

Stefan was a dear friend and a source of brilliant commentary and sound advice always. He was a long-term member of the University Faculty Senate and its Executive Committee. His Ph.D. was from Johns Hopkins University and his J.D. from Columbia University?s School of Law. He was Professor emeritus of Philosophy at Lehman College and the CUNY Graduate Center and Professor of Philosophy and Medical Ethics at the Mount Sinai School of Medicine.

He leaves behind his wife Judith, son Seth (Professor and Chair of Communication and Theatre Arts at John Jay College), and daughters Jeanne and Rachel (Christopher Lyons). He was also a proud grandfather and great-grandfather.

The memorial service will be held on Sunday, September 23, 12:00 PM at

Shiva will be observed after the service at the Baumrin apartment: 590 West End Avenue, Apartment 12C. On Tuesday September 25, the family will be traveling to Martha?s Vineyard for the burial on Wednesday, September 26th, 2018.

Donations in his memory may be made to: The CUNY Academy of Humanities and Sciences or to the Island Housing Trust.