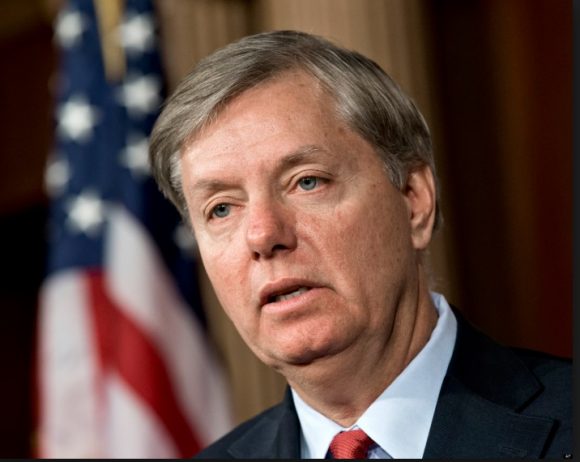 Senator Lindsey Graham declared yesterday that “The idea that Russia did not meddle in our election is fake news.”   The South Carolina lawmaker made the remark during an interview on NBC News’ “Meet the Press” when host Chuck Todd asked about President Trump’s forthcoming plans to meet with Russian President Vladimir Putin.

“I’m concerned when the president tweets, you know, Russia denies they meddled in our election. When they say they didn’t meddle, they’re lying, so I’m glad the president is going to confront Putin,” Graham said. “Show him the evidence you got, Mr. President, because it’s overwhelming.”

And when Todd pushed back with Trump’s seeming defense of Putin on social media, Lindsey stated: “In many ways this administration has been tough on Russia. We’ve armed the Ukraine, we’ve imposed sanctions, we’ve kicked out diplomats, but the idea that Russia did not meddle in our election is fake news. They did meddle in our election and they’re doing it again in 2018.”