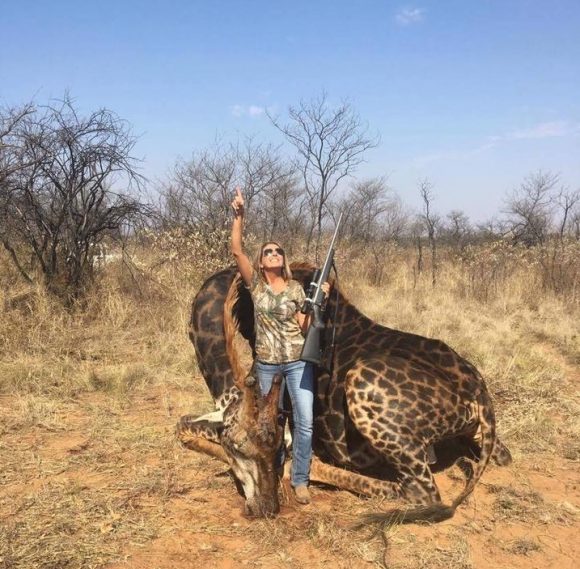 The images of Tess Thompson Talley of Texas standing proudly next to a dead giraffe bull in Africa have surfaced from a 2017 hunting trip, after the publication, Africland Post tweeted them. “White American savage who is partly a neanderthal comes to Africa and shoot down a black giraffe courtesy of South Africa stupidity,” read the June 16th tweet.  “Her name is Tess Thompson Talley. Please share.”

In a June 2017 Facebook post by Thompson Talley, she wrote, “Prayers for my once in a lifetime dream hunt came true today! Spotted this rare black giraffe bull and stalked him for quite awhile. I knew it was the one. He was over 18 years old, 4,000 lbs and was blessed to be able to get 2,000 lbs of meat from him.”

The photos shocked those opposed to hunting and thousands signed various petitions in protest of trophy hunting, a practice The Humane Society calls “unethical, cruel, harmful and unsustainable.” In South Africa, where animals such as buffalo, elephants, and lion are often targeted, trophy hunting is a $2 billion-per-year industry, reports the BBC.  Some people maintain that money made from trophy hunting is funneled back into local communities and even conservation efforts, however, that claim is controversial. 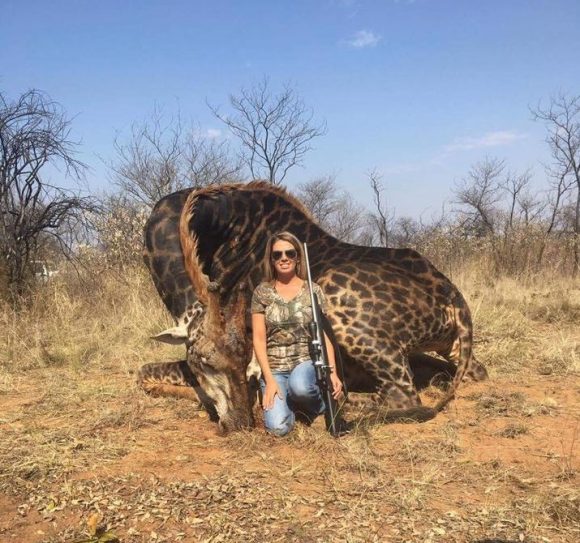