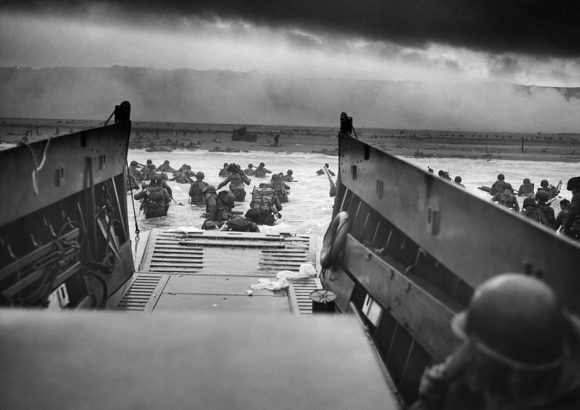 On June 7, 1944, the Allied forces undertook the largest seaborne invasion in history. Codenamed Operation Neptune and generally referred to as D-Day, the operation began the liberation of German-occupied northwestern Europe from Nazi control, and laid the foundations of the Allied victory on the Western Front.  Although actual numbers vary, on both sides, there were an estimated 425,000 killed, wounded or missing in action during the invasion.

When I was a child growing up in the 1950s, my uncles, both of whom were G.I.s would tell me and my brothers war stories.  Their eyes on more than one occasion swelled up when talking about D-Day.