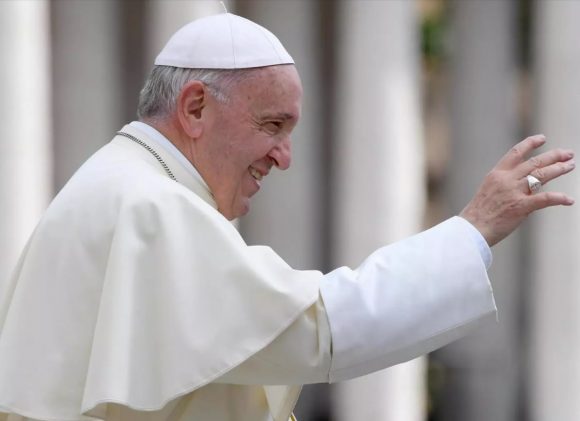 Pope Francis made headlines two days ago in a conversation with a gay victim of sexual abuse by stating that “..you are gay does not matter. God made you like that and loves you like this and I don’t care. The Pope loves you like this. You have to be happy with who you are.”  This is not in keeping with official Catholic dogma that teaches that homosexuality is sinful.  Here is a recap of the Pope’s statement as provided by the Independent:

“A victim of clerical sex abuse has said Pope Francis told him God made him gay and his sexuality “does not matter”.

Juan Carlos Cruz spoke privately with the pontiff last week about the abuse he suffered at the hands of a prominent Chilean priest.

The comments are arguably the most explicit acceptance of homosexuality publicly spoken by a head of the Roman Catholic church, which teaches that gay sex is a sin.

It is not the first time Francis’ remarks have suggested a shift in attitudes. In 2013, he told reporters: “If someone is gay and is looking for the Lord, who am I to judge him? You should not discriminate against or marginalize these people.”

The subject of homosexuality arose in Mr Cruz’s conversation with Francis because some of Chile’s bishops had sought to portray him as a pervert who was lying about the abuse, he told El Pais.

His abuser, Fernando Karadima, now 87, was found guilty by the Vatican of sexually assaulting children in 2011. He was barred from clerical duties and sentenced to a lifetime of “penance and prayer” but has never faced a criminal trial.

This week all of Chile’s 34 Roman Catholic bishops offered the pope their resignation over a sex abuse and cover-up scandal that has rocked the country’s churches.

It is not yet clear whether Francis has accepted their offer to step down.

Mr. Cruz said the Pope had personally apologized to him for the abuse he suffered during their meeting this week.

“I was thrilled that he took what we talked about so seriously,” he added. “I felt the visit was not just a matter of protocol, of public relations.”

The Vatican has not yet commented on the Pope’s reported remarks on homosexuality.”

Here in the United States, the Catholic Church has spoken out against same sex marriages.  It will be interesting to see if and how the Vatican clarifies the Pope’s remarks.