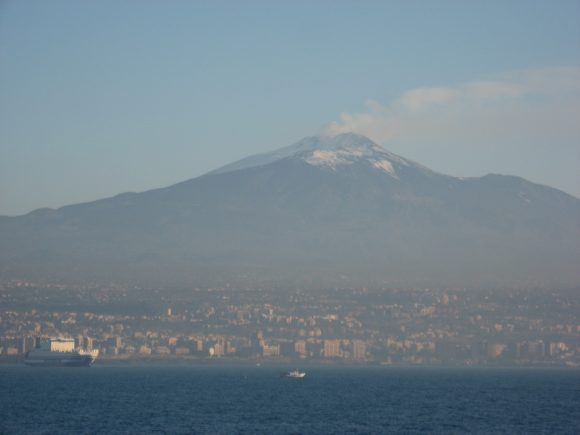 Mt. Etna and the  City of Catania at its Base

We spent the day touring Catania and Taormina in Sicily. They are both in the shadow of Mt. Etna, the largest active volcano in Southern Europe.

Catania has a history of being completely destroyed and rebuilt. Wars, earthquakes and Mt. Etna have leveled Catania seven times. In 1669 a lava flow destroyed the western part of the city; and, in 1693 a heavy earthquake destroyed the rest of Catania. During World War II, it was bombed by both the Allied and Axis powers. Catania is the major port city for Sicily on the Ionian Sea Coast.

Taormina is a beautiful quaint town just opposite Mt. Etna. It is easy to get lost in its small streets and alley ways but as our tour guide said there is a photograph to be taken on every corner. 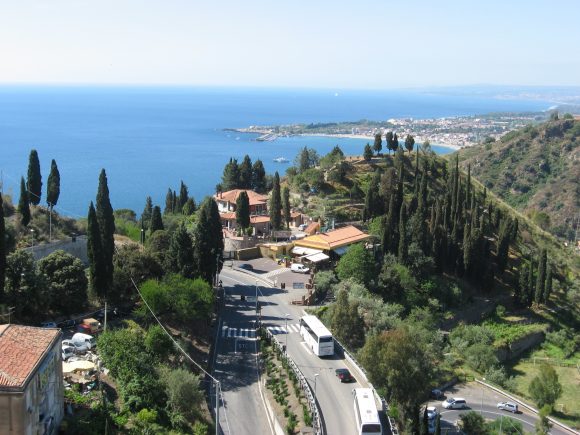 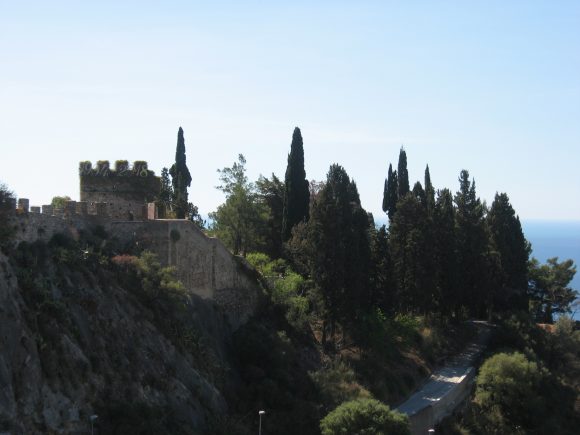 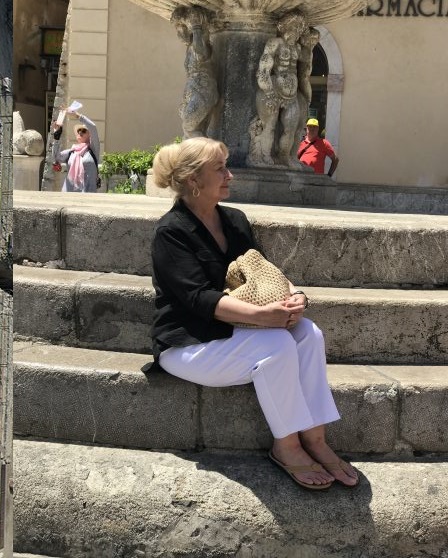 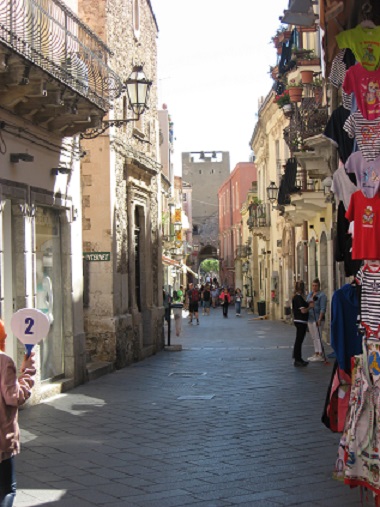 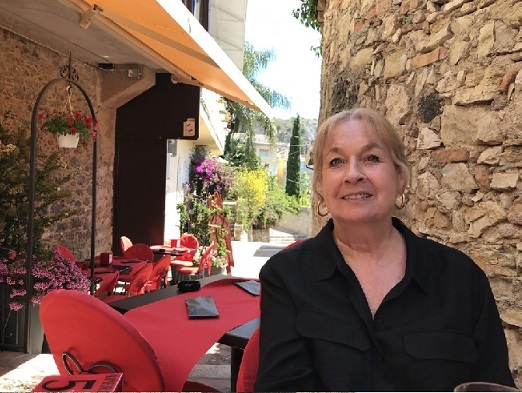