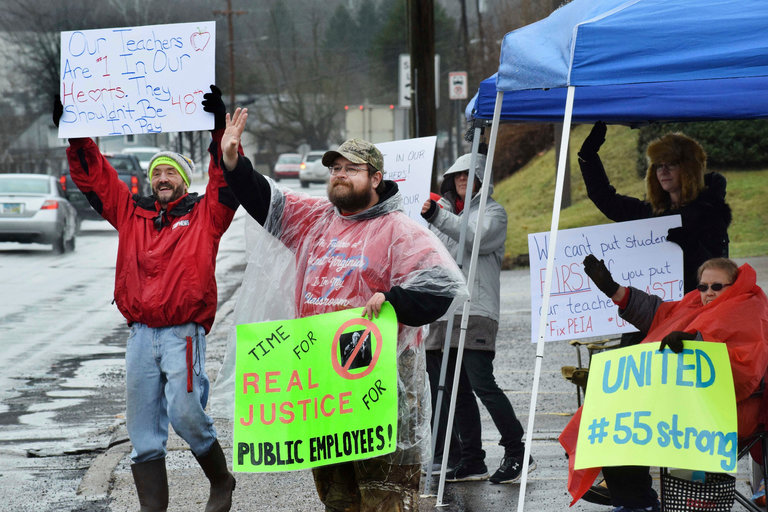 A teacher’s strike is keeping public schools closed for a third day in West Virginia. The state Department of Education’s website shows all school districts are closed in all 55 counties this morning.  The strike effects more than 277,000 enrolled in 680 public schools.

The strike started on Thursday after Gov. James C. Justice, a Republican, signed legislation on Wednesday that would provide teachers and school service personnel a 2 percent raise starting in July, part of an increase in salaries for some state employees.  As reported by various media.

“We need to keep our kids and teachers in the classroom,” Governor Justice said in a statement on Wednesday. “We certainly recognize our teachers are underpaid, and this is a step in the right direction to addressing their pay issue.”

Teachers’ unions say the raises will not cover cost-of-living increases. Ms. Randolph said that teachers’ salaries had stagnated for years and that the lack of state contributions to the health care plan had meant that inflation costs have been borne by the employees, who are struggling under higher deductibles, premiums and out-of-pocket expenses.

While the board of the Public Employees Insurance Agency, which administers the health care plan for state employees, has agreed to freeze rates in 2019, the teachers want a more permanent funding fix.

Governor Justice said the agency’s board would work on long-term solutions to address the teachers’ concerns. “Now we need to turn our focus back to continuing public education reforms and making our state educational system the best in the country,” he said.

Ms. Nester said the walkout seemed to have a lot of support from members of her community, adding that she was demonstrating in support of all state workers, not just educators.

“I think it’s very possible it could go on for a while,” she said. “I think we need to fight for this.”

We wish our teacher colleagues well in their fight for a fair wage! 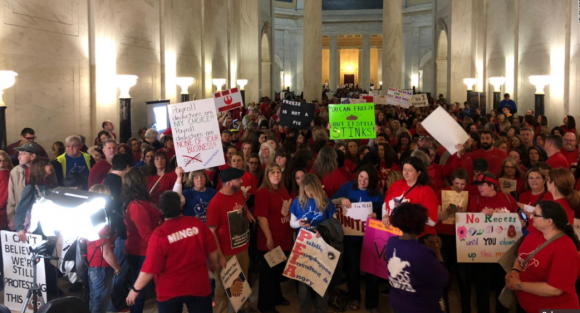