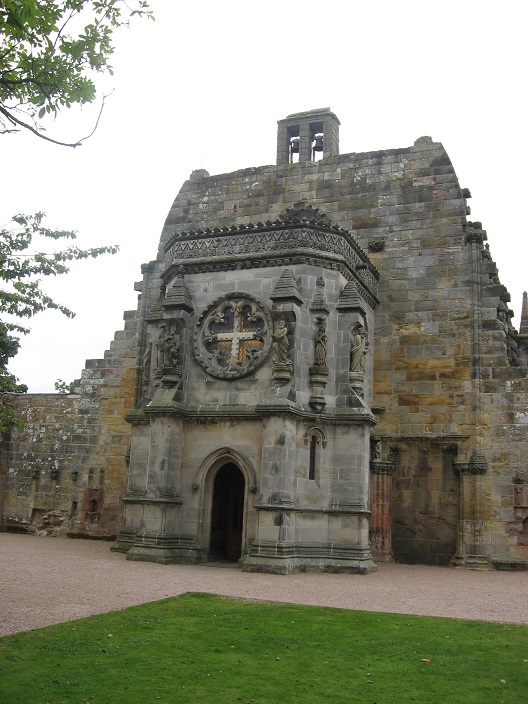 Yesterday we spent the entire day touring south of Edinburgh.

Our day started with a stop at Rosslyn Chapel, made more famous by Dan Brown’s mega-best seller, The DaVinci Code.  Some scenes for the movie were shot on location in the cellar vault.  The main area has lots of interesting sculptures and figures. Before The DaVinci Code, the number of yearly visitors was approximately 34,000 (2001).  Since 2006 – the year the film came out – the  yearly average is more than 150,000.

Below is a photo of the ruins of Melrose Abbey, built in the 12th Century. An outside grave supposedly contains the heart of the Scottish king and hero, Robert the Bruce.

We then crossed the border between Scotland and England to visit to the ruins of Hadrian’s Wall built in the 2nd century. It ran horizontally across from the banks of the River Tyne near the North Sea to the Solway Firth on the Irish Sea, and was the northern limit of the Roman Empire.  According to our tour guide, the wall originally was about 18 feet high and 9-feet across for most of its 73-mile length.  Along the wall, the Romans built fourteen forts.  The ruins of one these (Housesteads Fort) are depicted in a photo below.

The last stop on the tour was the ruins of Jedburg Abbey built in the 12th Century.

We learned a lot of history today! 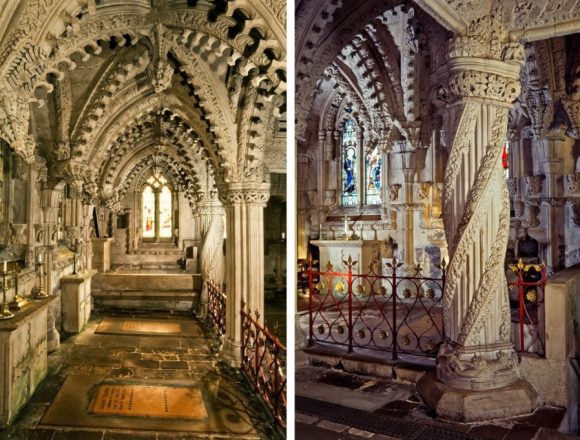 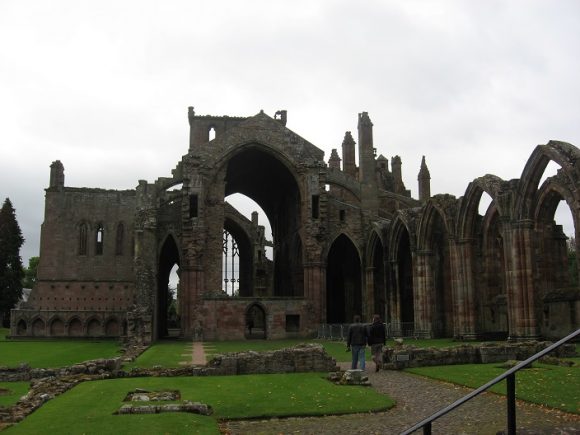 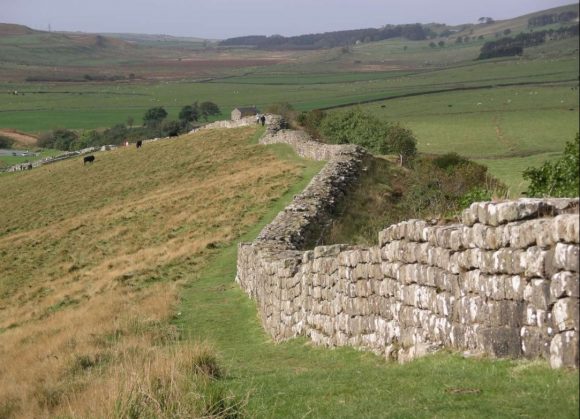 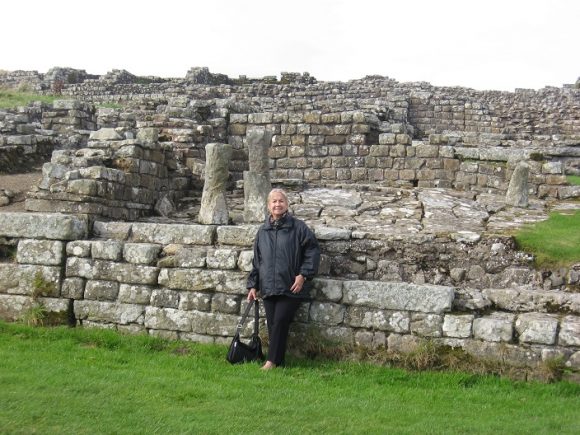 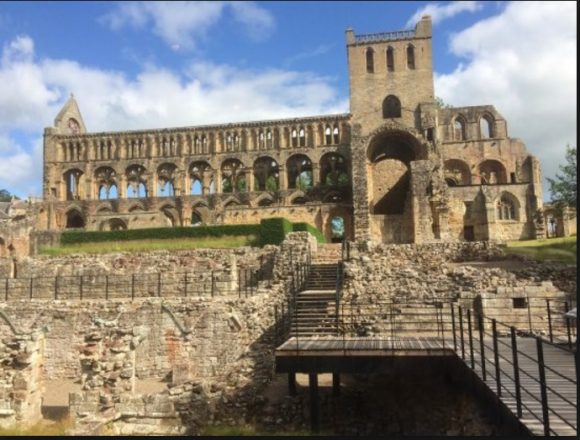