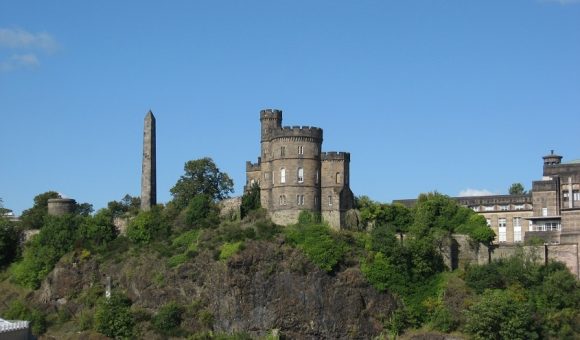 After lunch, Elaine and I went for a walk along Canongate, the lower third of the Royal Mile in Old Town. The photo above is Calton Hill taken from one of the lookouts just down from Canongate.  Calton Hill has a number of monuments to the likes of Robert Burns and Horatio Nelson.

Below is a rooming house built in the 1490s where the Protestant reformer John Knox supposedly lived for a while and died.  Tolbooth Tavern with the large clock hanging on its rightside was built in 1820 and remains a very popular pub.

The University of Edinburgh has a campus on Canongate that houses several schools and programs including the Old Moray House, the School of Education and the Centre for Open Learning.  Behind the campus is a famous plateau known as Arthur’s Seat.  It was described by Robert Louis Stevenson as “a hill for magnitude, a mountain in virtue of its bold design”.

The next photo below is Canongate Kirk (kirk is another name for church).  It was built in 1688 and ordered by King James VII.  Outside the kirk is a bronze statue of the poet Robert Fergusson who died prematurely at the age of twenty-four.

A fine afternoon of walking.  Tomorrow we are off to Hadrian’s Wall and the Rosslyn Chapel. 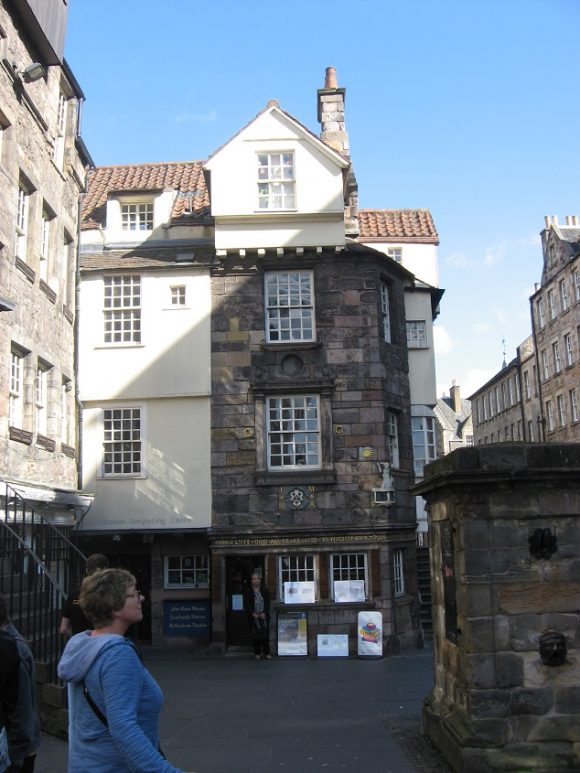 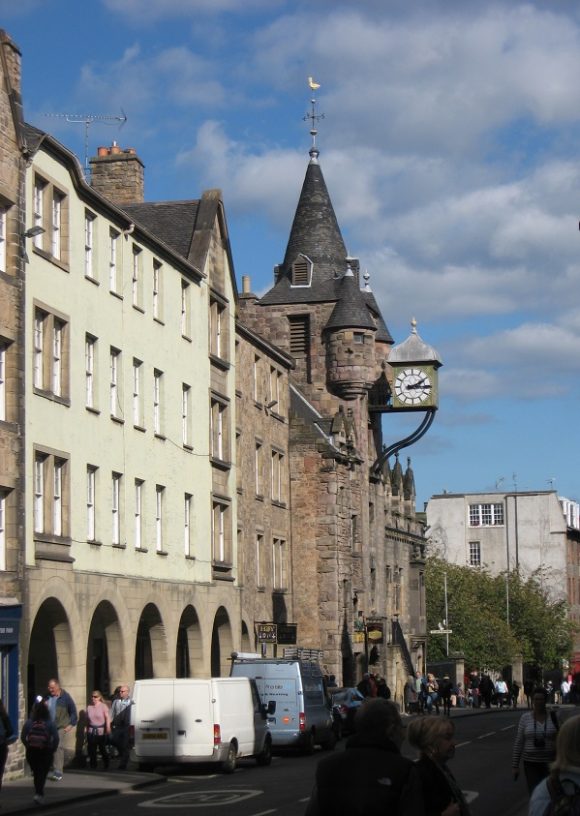 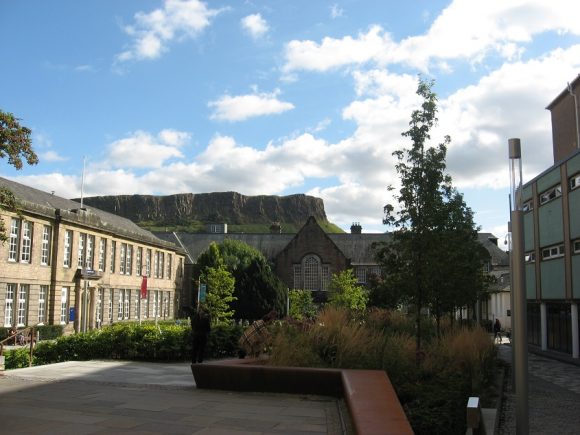 University of Edinburgh and Arthur’s Seat 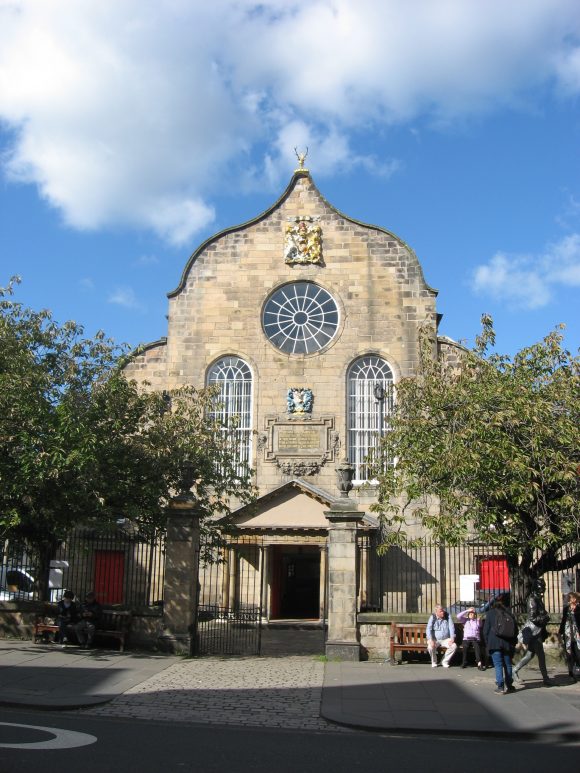 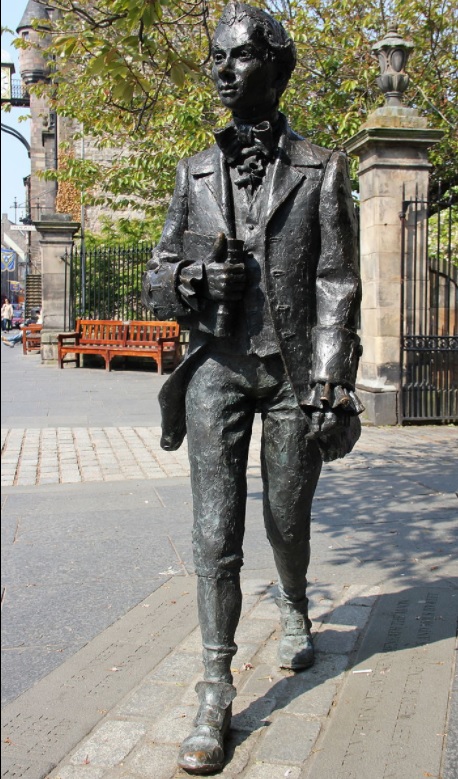