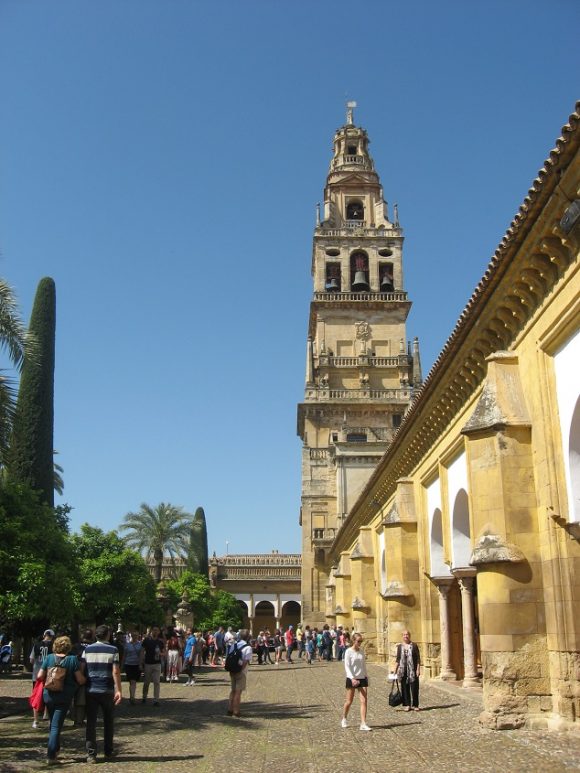 We are spending two days in Cordoba and our first place to visit was Mezquita.

Mezquita has to be one of the world’s most impressive buildings thereby making it one of the top tourist attractions in Spain.  Each year approximately 1.5 million tourists marvel at this landmark that features several architectural styles and unites religious elements of Islam and Christianity. Originally a mosque dating to 784 AD, part of the interior was converted into a cathedral between 1523 and 1766 when King Carlos I gave permission to rip out the centre of the Mezquita in order to construct the Capilla Mayor (the main altar area) and coro (choir).

The original mosque was intended as a horizontal and simple space, where the spirit could be free to roam and communicate easily with God – a kind of glorious refinement of the original simple Islamic prayer space (usually the open yard of a desert home).  However, the breadth of the interior with its 856 marble columns just goes on forever and ever in every direction.

The garden has cyprus, palm and fruit trees with wide paths for people to walk in around the Mezquita.  An enormous bell tower replaced the original minaret. 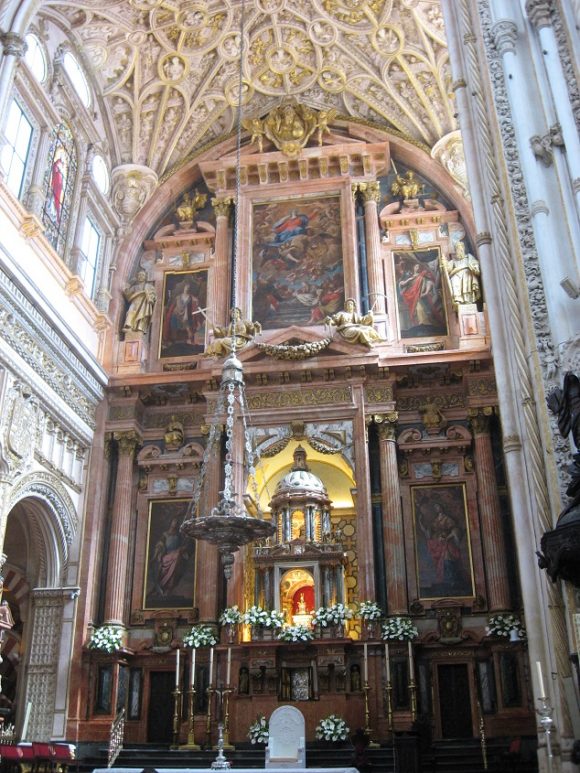 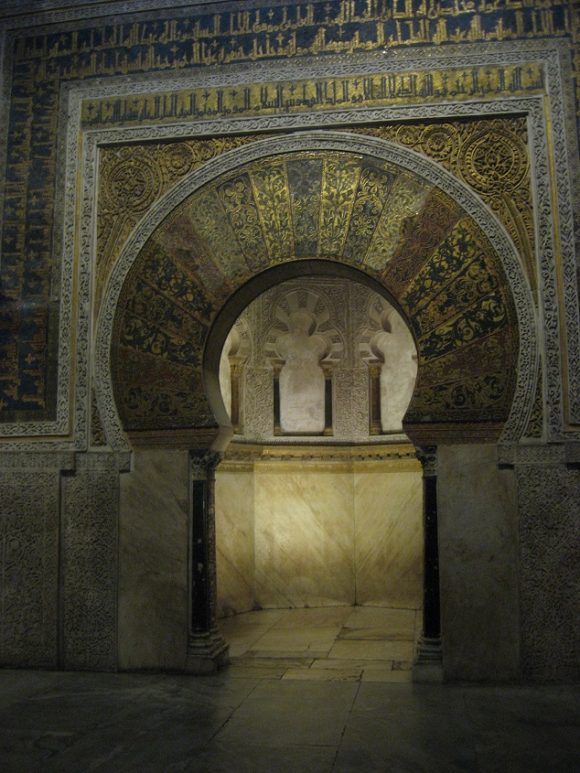 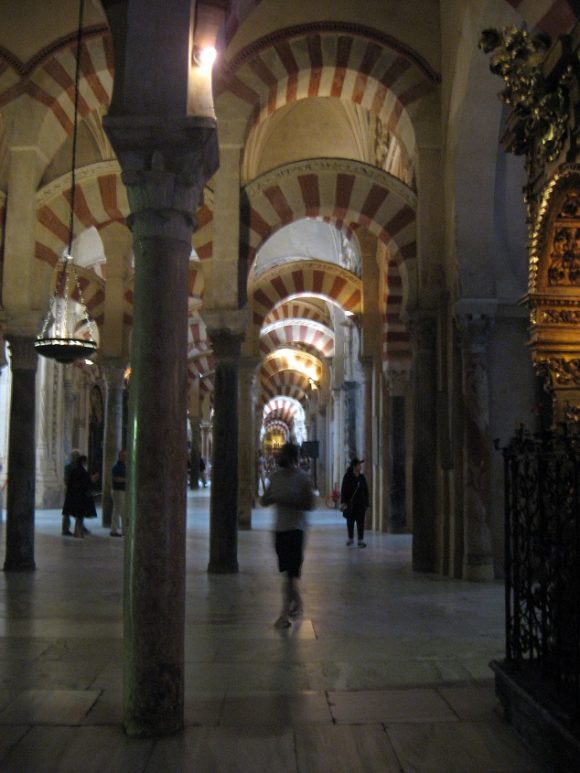 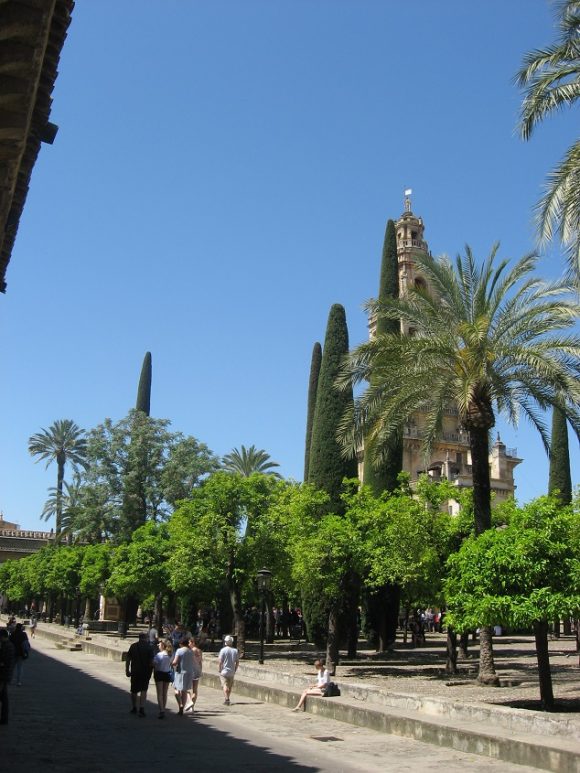