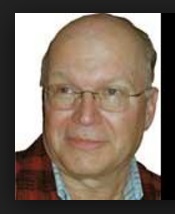 It is with sadness that we learned last week that Rob Whittaker, a colleague of ours here are City University of New York had passed on.  George Otte was good enough to notify those of us affiliated with the CUNY School of Professional Studies and to forward the notice below from Lehman College Provost Niki Fayne. Rob was a  professor and administrator at Lehman College for forty-four years.  I had the pleasure of working with Rob with the founding faculty of the CUNY School of Professional Studies in 2006.  Rob was the leader in developing our general education requirements.  As I said when first learning of his passing, I never heard anyone speak so clearly and with so much focus on the types of courses needed for a well-rounded general education as Rob.  I also had the privelege of doing presentations with him on student assessment.  The message below from Provost Fayne captures Rob and his contributions well.

It is with great sadness that we announce the passing of Dr. Robert T. Whittaker, Jr. on Tuesday, December 13, 2016. Dr. Whittaker, affectionately known as “Rob,” retired as Vice Provost for Academic Programs in February 2015 after a 44-year tenure at Lehman College.

Rob earned a B.A., M.A., and Ph.D. in Slavic Languages and Literatures from Indiana University and was first appointed as an assistant professor in the then department of Germanic and Slavic Languages (currently Languages and Literatures) in 1971. His teaching interests included Russian language, literature and culture as well as comparative literature. His research interests were focused on Russian culture and literature, American Russian cultural relations, Russian literary criticism, and Leo Tolstoy. He was instrumental in the development of the City and The Humanities Program in the mid-1970’s as well as numerous other forward-looking academic initiatives over the years. Rob was a dedicated teacher, revered by his students, with a constant eye on rigor motivated by his desire to develop their spectrum of knowledge and intellect.

Over the course of his academic career, Rob rose through the professoriate and served in many academic leadership positions from Department Chair to Assistant Vice President for Undergraduate Studies, Assistant Vice President for Undergraduate Studies and Online Education, and finally, Vice Provost for Academic Programs. He was a dynamic, energetic, and adroit administrator who distinguished himself among all with whom he worked as an accomplished collaborative problem solver.

Condolences and anecdotes are pouring in from Rob’s colleagues and close friends across the college. I would like to share some of these with you in honor and remembrance of Rob:

“We who knew him and worked for him through the years will always cherish his professionalism, his knowledge, his scholarship, and his kindness.”

“He treated all with a gentleness, consideration, and patience that will always be remembered.”

“He cared so much about us, our mission and our students. He was extraordinary.”

Rob is survived by his wife, Katia, and his daughter Sasha. They have requested privacy during this time of grief.