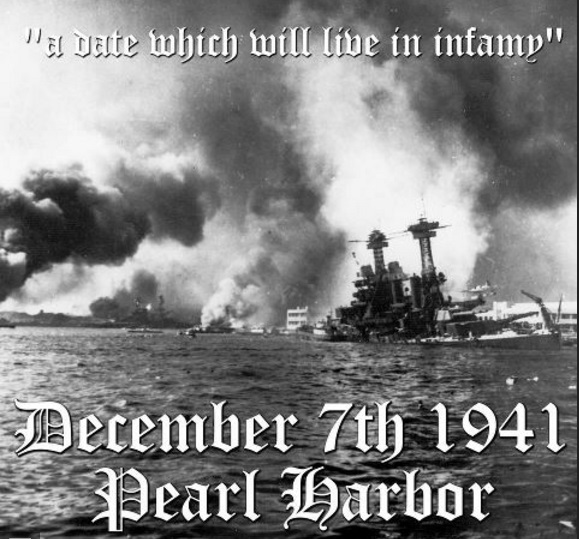 At 7:48 a.m. on December 7, 1941, 353 Japanese fighter planes attacked the American naval base at Pearl Harbor near Honolulu, Hawaii. The barrage lasted just two hours, but it was devastating: eight U.S. Navy battleships were damaged, with four sunk. All but the USS Arizona (BB-39) were later raised, and six were returned to service and went on to fight in the war. The Japanese also sank or damaged three cruisers, three destroyers, an anti-aircraft training ship, and one minelayer. 188 U.S. aircraft were destroyed; 2,403 Americans were killed and 1,178 others were wounded. The day after the assault, President Franklin D. Roosevelt asked Congress to declare war on Japan; Congress approved his declaration with just one dissenting vote. Three days later, Japanese allies Germany and Italy also declared war on the United States, and again Congress reciprocated.

We should also pause to remember that 127,000 Japanese Americans encountered violation of their civil liberties in wartime America. Herded into concentration camps, segregated from the rest of society, stripped of homes and possessions, these American citizens and their relatives endured hardships unthinkable in a civilized land. 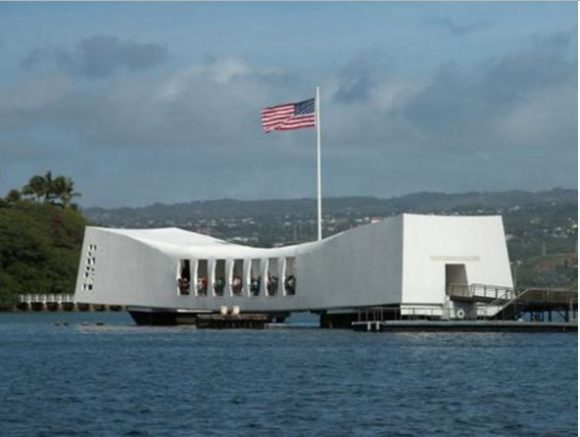 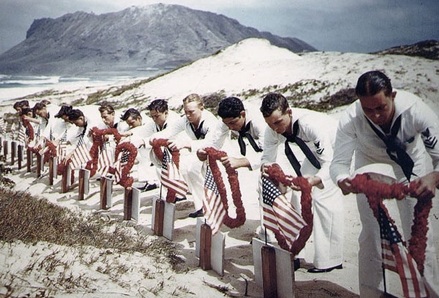