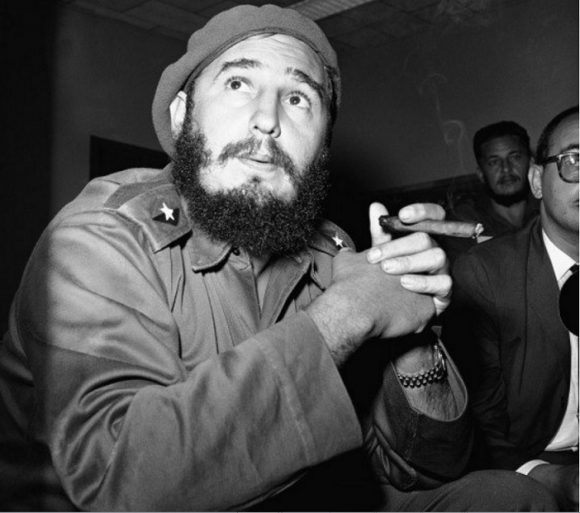 Fidel Castro, the revolutionary leader and former head of state of Cuba, has died at the age of 90, Cuban state television announced.

Hailed by supporters as a hero who fought for socialist ideals by standing up to the U.S. and the world’s other political giants, Castro was seen by critics as a dictator guilty of subjecting his people to countless human rights abuses, devastating Cuba’s economy and forcing more than a million Cubans to flee the island.   As reported by Reuters:

“The bearded Fidel Castro took power in a 1959 revolution and ruled Cuba for 49 years with a mix of charisma and iron will, creating a one-party state and becoming a central figure in the Cold War.

He was demonized by the United States and its allies but admired by many leftists around the world, especially socialist revolutionaries in Latin America and Africa.

“I lament the death of Fidel Castro Ruz, leader of the Cuban revolution and emblematic reference of the 20th Century,” Mexican President Enrique Pena Nieto said on Twitter.

Transforming Cuba from a playground for rich Americans into a symbol of resistance to Washington, Castro outlasted nine U.S. presidents in power.

He fended off a CIA-backed invasion at the Bay of Pigs in 1961 as well as countless assassination attempts.

His alliance with Moscow helped trigger the Cuban Missile Crisis in 1962, a 13-day showdown with the United States that brought the world the closest it has been to nuclear war.

Wearing green military fatigues and chomping on cigars for many of his years in power, Castro was famous for long, fist-pounding speeches filled with blistering rhetoric, often aimed at the United States.

At home, he swept away capitalism and won support for bringing schools and hospitals to the poor. But he also created legions of enemies and critics, concentrated among Cuban exiles in Miami who fled his rule and saw him as a ruthless tyrant.

In the end it was not the efforts of Washington and Cuban exiles nor the collapse of Soviet communism that ended his rule. Instead, illness forced him to cede power to his younger brother Raul Castro, provisionally in 2006 and definitively in 2008.

Although Raul Castro always glorified his older brother, he has changed Cuba since taking over by introducing market-style economic reforms and agreeing with the United States in December 2014 to re-establish diplomatic ties and end decades of hostility.”

In 2003, author Anthony Daniels wrote of him: “Nearly half a century after he first took power, he fascinates in a way that the younger gray functionaries who now control the world do not, and he still provokes the strongest passions. No one is neutral about him.”