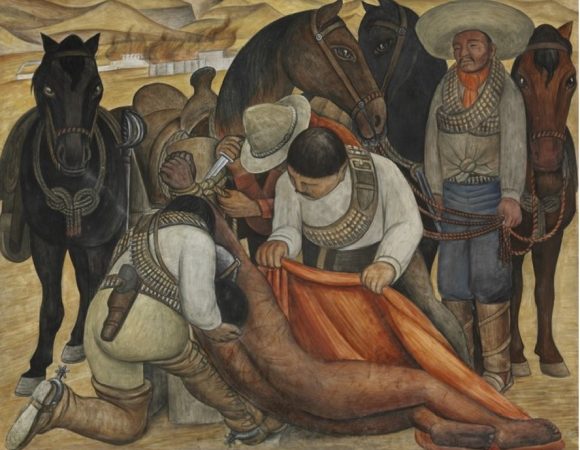 For those of us who are drawn to Mexican modern art, the Philadelphia Museum of Art opened a new show this past week,   “Paint the Revolution: Mexican Modernism, 1910-1950”. Organized by the Museum’s curator, Matthew Affron, the show is the first attempt in the United States in seven decades to grapple with the contradictions of early-20th-century Mexican political art.  Here you will find the work of luminaries such as  Orozco, Siqueiros, Rivera, and Kalo.  Below is an excerpt from a New York Times review:

“Paint the Revolution: Mexican Modernism, 1910-1950” has plenty of pumped muralist muscle — all those clenched fists — but offsets it with pictures as pretty as valentines.  Organized with the Museo del Palacio de Bellas Artes in Mexico City, where it will travel in February, the show focuses on pioneers of the Mexican movement for artistic nationalism, following the timeline of revolutionary events. In 1911, the country’s longtime president, Porfirio Díaz, was chased out of office. He had kept peace for decades by pampering the elite, enriching the army, and treating the poor, which meant practically everyone else, like dirt. Finally, dirt said no, and everything changed, including art.

The initial changes look mild. Under Díaz, European cultural taste prevailed, and after he was gone it still did for awhile, though with infusions of Mexican flavor, mexicanidad. You see it in soft-textured paintings of peasants by Saturnino Herrán and the young David Alfaro Siqueiros from around 1913, though the pictures give no hint of the violence tearing the country apart as rebel leaders like Emiliano Zapata and Pancho Villa fought for control of it.

Soon, however, art did reflect events. In 1914, Francisco Goitia was turning out horror-show scenes of atrocities that he said he had seen on battlefields. José Clemente Orozco tried to outdo Goya in grotesque newspaper cartoons. Diego Rivera weighed in, long-distance, from Paris, with Mexican-accented Cubism. And Gerardo Murillo, the avant-gardist firebrand from the Díaz years who called himself Dr. Atl, took a dramatic nationalist stand with a self-portrait in which his head and an image of Mexico’s most active volcano merge.

By 1921, the carnage had pretty much stopped. It was time to mop up and organize, to turn revolution from a passing event into an institution. Art was very much part of the plan. Mural painting, billboard-big and bold, was designated the official art form. And three artist-workers — Orozco, Siqueiros, and Rivera (back from Paris that year) — were its stars.”

This show is well worth a trip to Philly! 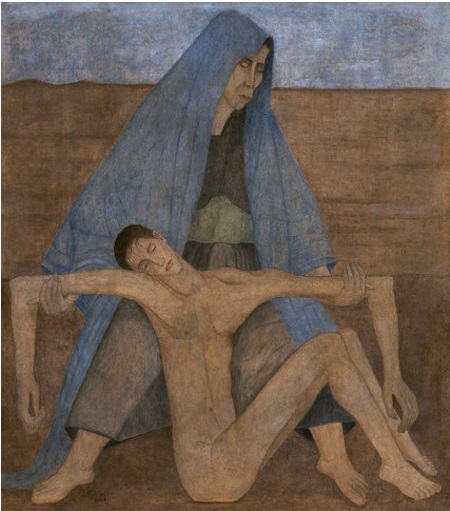