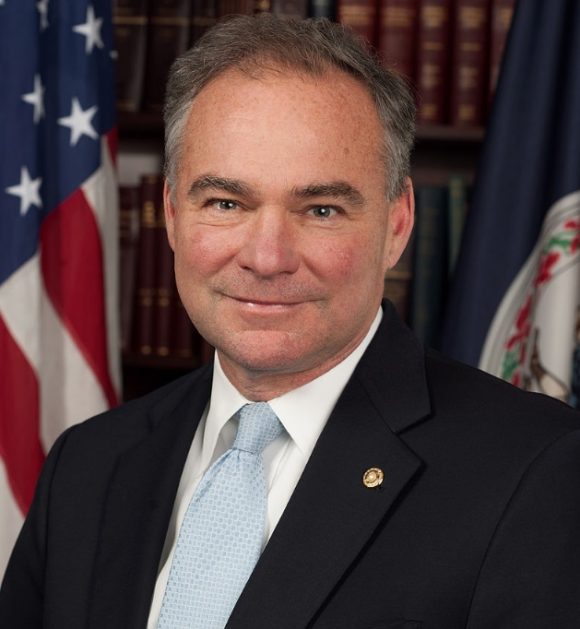 Hillary Clinton named Tim Kaine yesterday as her vice presidential running mate. Kaine is the Democrat senator from Virginia.  He is a solid individual and a safe choice.  Below is the full text of Hillary’s letter to her supporters.

Tim is a lifelong fighter for progressive causes and one of the most qualified vice presidential candidates in our nation’s history.

But his credentials alone aren’t why I asked him to run alongside me.

Like me, Tim grew up in the Midwest. During law school, he too took an unconventional path — he took time off and went to Honduras to work with missionaries, practicing both his faith and his Spanish.

When he returned to the states and graduated from Harvard Law, he could have done anything. But instead of going to some big corporate firm, he chose to fight housing discrimination as a civil rights lawyer in Richmond. He and his wife joined a church, built a home centered around their faith, and raised three beautiful children. Then, after 17 years of practicing law, Tim ran for city council — and won.

Tim says his experience on city council taught him everything he knows about politics. To the people in Richmond, an underfunded school wasn’t a Democratic or Republican problem. It was simply a problem that needed fixing, and his constituents were counting on him to solve it. So Tim would do it. He’d roll up his sleeves and get the job done, no matter what.

He’s a man of relentless optimism who believes no problem is unsolvable if you’re willing to put in the work. That commitment to delivering results has stayed with him throughout his decades-long career as a public servant. So I could give you a laundry list of things he went on to accomplish — as mayor of Richmond, governor of Virginia, and in the United States Senate.

But this is what’s important: Tim has never taken a job for the glory or the title. He’s the same person whether the cameras are on or off. He’s sincerely motivated by the belief that you can make a difference in people’s lives through public service.

That quality comes through in every interaction. To know Tim is to love him. When I was talking to people about this decision, I couldn’t find anyone — Democrat or Republican — who had a bad thing to say about him. From his staff over the last 20 years to his colleagues in the Senate, Tim’s beloved.

He is a genuinely nice person, but Tim is no one’s punching bag. He will fight tooth and nail for American families, and he’ll be a dogged fighter in our campaign against Donald Trump and Mike Pence.

I want you to know that I didn’t make this decision lightly.

I’ve had the privilege of seeing two presidents and two vice presidents up close. I want a vice president who can be my partner in bringing this country together. I want someone who will be able to give me their best advice, look me in the eye, and tell me they disagree with me when they do.

But what matters most is a simple test that’s not so simple to meet: whether the person could step in at a moment’s notice and serve as president.

I have no doubt that Tim can do the job.

I want him by my side on the trail and in the White House.