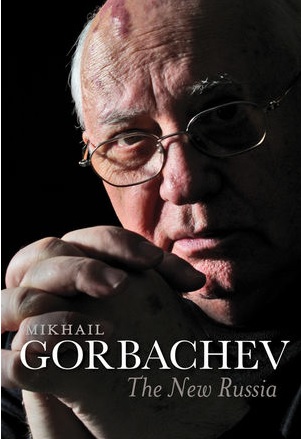 The New York Times had a featured article yesterday based on an interview with the former leader of the Soviet Union, Mikhail S. Gorbachev.   Here in the United States, we have developed a narrative that President Ronald Reagan was the prime mover in the dissolution of the Soviet Union twenty-five years ago, however, historians generally agree that Mr. Gorbachev deserves most the credit.  The article provides interesting insights into his life today at 85 years old where he is both reviled and  admired in his native Russia.  Here is an excerpt:

“There is also great admiration for him among Russians…. Some adore him for introducing perestroika, or restructuring, combined with glasnost, or openness, which together helped to jettison the worst repressions of the Communist system. Mr. Gorbachev led the way, albeit haltingly, toward free speech, free enterprise and open borders.

The society at large blames him for losing the Soviet empire and leaving them citizens of a second-class country, even if individuals recognize that he opened new horizons for them and their children.

“The society doesn’t like him; he is the anti-Putin,” Mr. Venediktov said. “Putin is the constructor and he is the deconstructor.” He called that perception unfair.

In the interview, Mr. Gorbachev said, “I keep saying that Russia needs more democracy.” The hourlong interview took place at his shrinking foundation, where his office is dominated by an oil painting of his wife, Raisa, who died of leukemia in 1999.

“We hear, even from people close to Putin, statements that emphasize authoritarianism, that emphasize decisiveness and that suggest that democracy can only be achieved far into the future,” Mr. Gorbachev said. “I think if democracy is firmly rooted, if it is based on elections, if people have the chance to elect leaders at regular intervals, I think that is what we need. That is the basis for stability in foreign and domestic policy.”

In his twilight years, Mr. Gorbachev has become an isolated figure. Most of his contemporaries are dead. He is just critical enough about the lack of democracy under Mr. Putin that state-run television channels avoid him. His death has been announced more than once…

As the man most responsible for ending the Cold War, Mr. Gorbachev feels betrayed that the West — and the United States, in particular — played the victor and treated Russia like a dismissed serf, bringing NATO forces and the European Union to its very borders.

“There was a mood of triumphalism at the end of the Cold War that was shared by many Americans,” he said. “That was the point of departure for the collapse of everything.”

His latest book, called “The New Russia” in English, was released in the United States last month.

Gorbachev was one of the great world leaders of the 20th century.  Even though current American relations with Vladimir Putin are strained, Gorbachev made the world a less dangerous place.