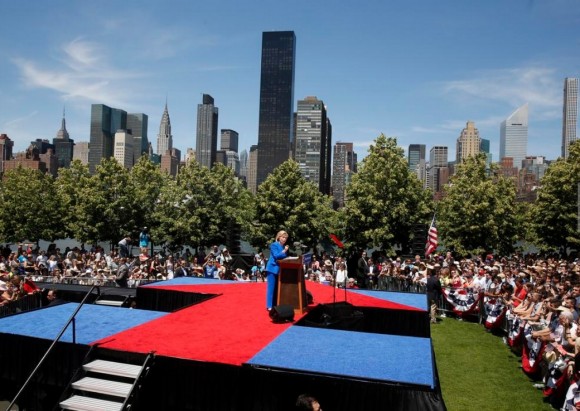 Hillary Clinton wowed her audience yesterday at a massive rally on Roosevelt Island in New York,  called for a new era of shared prosperity in America, and said that workers can trust her to fight for them.

In the first major speech (full text) of her second campaign for president, Clinton portrayed herself as a fierce advocate for those left behind after the recession. She cited President Barack Obama, and former Presidents Franklin D. Roosevelt and Bill Clinton, her husband, and said they embraced the idea that “real and lasting prosperity must be built by all and shared by all.”

“It’s America’s basic bargain,” Clinton said. “If you do your part, you ought to be able to get ahead, and when everybody does their part, America gets ahead too.

“That bargain inspired generations of American families, including my own,” the former secretary of state and first lady said.

Her speech was well-received.  She was clear, articulate, and confident in what she was saying. 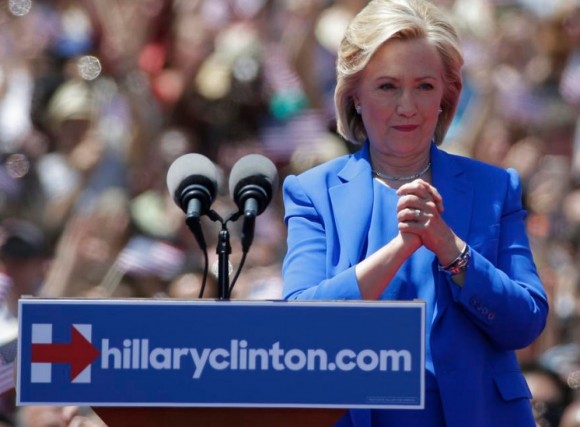 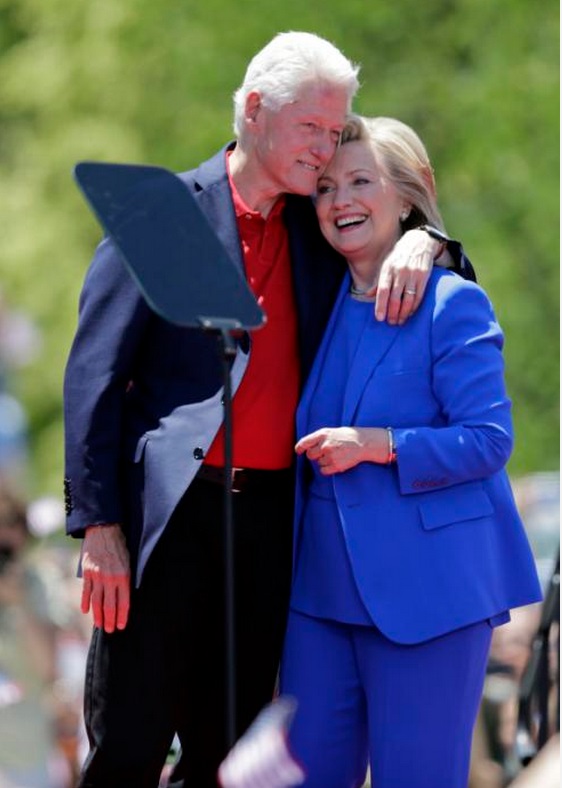