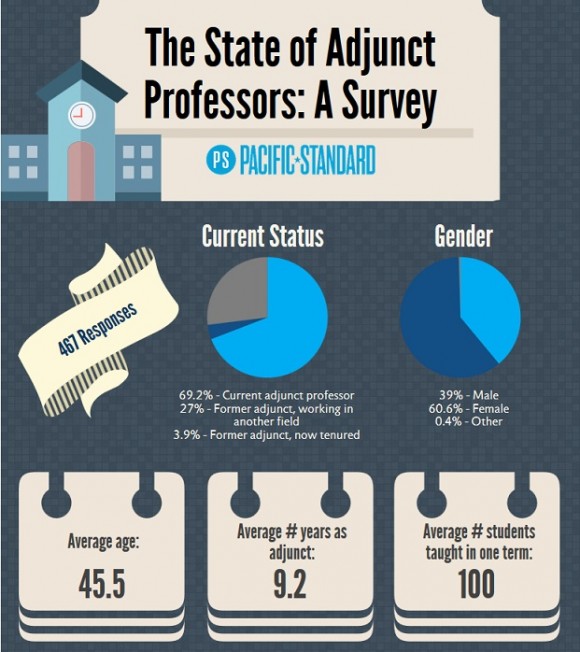 Pacific & Standard, as part of its series on adjunct faculty, conducted a survey in early March to collect information about current and former adjunct professors.  P & S makes no claims that the survey was based on a scientifically-drawn sample.  It basically provides a partial picture of what adjunct professors face in the employment market.  As stated in the article:

“Of the 467 responses, what rings out most clearly is the sense of betrayal, sadness, and frustration. Many stated that their impressive student evaluations are almost never tied to pay or contract renewals. They noted that without a union they would be far worse off—or that they wanted to organize, but were too scared of reprisal.

Many respondents also wrote that they live happy, fruitful lives. These people treat adjuncting as a side job and feel fulfilled by their work, both inside and outside of the classroom. While most people agreed that adjuncting couldn’t possibly be a full-time job, they appreciated the flexibility of teaching a few classes in addition to their other work. The large majority of respondents said what keeps them in the classroom is the students.”

Further data and access to the entire series is available here.