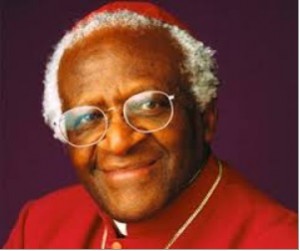 Bishop Desmond Tutu, the South African social rights activist and retired Anglican bishop, in advance of the launch of the United Nations gay rights program in South Africa yesterday, told a French newspaper that he would rather go to hell than to a homophobic heaven. Speaking to Agence France-Presse Tutu stated, “I would not worship a God who is homophobic and that is how deeply I feel about this”.

He went on to say, “I would refuse to go to a homophobic heaven. No, I would say sorry, I mean I would much rather go to the other place”.

Tutu, who has a long and distinguished history of fighting for civil rights, including battling apartheid, even went to so far as to compare the current fight for LGBT rights to his past battles in South Africa. “I am as passionate about this campaign as I ever was about apartheid. For me, it is at the same level,” he concluded.