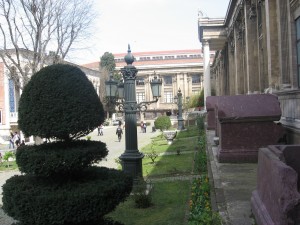 We spent Sunday afternoon at the Istanbul Archeological Museums, founded in 1891 to house the significant archeological finds of the 1880’s in Sidon (Lebanon).  The especially impressive Sarcophagi Wing contains an extensive collection from antiquity, including the Alexander Sarcophagus pictured below. It is considered one of the most important artifacts in the İstanbul Archaeological Museums, found in the Royal Necropolis in Sidon in 1887. Though it is called the Alexander Sarcophagus, in fact, it does not belong to Alexander the Great. It is thought to be the sarcophagus of Abdalonymus, the king of Sidon.

Another most interesting collection was from The Ishtar Gate built during the era of Nebuchadnezzar II, of the Neo-Babylonian Era, in late 6th century BC.  Reliefs formed from terracotta and glazed and embossed bricks are remarkably well-preserved.

The Museums also house fragments of the Treaty of Kadesh, the earliest known peace treaty, concluded between two major political and military powers in the 13th century BC. The clay tablet containing the text of this treaty is sealed by Hattusili III, the king of the Hittite empire and the Egyptian Pharaoh Rameses II. It was found during excavations in 1906. 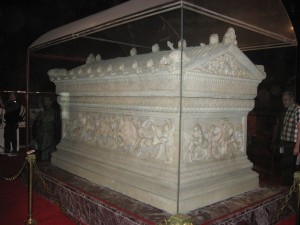 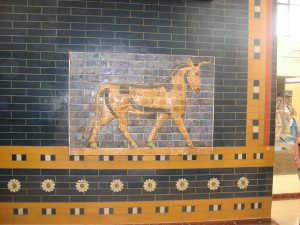 Relief from The Ishtar Gate 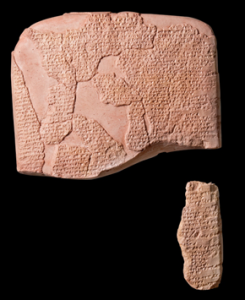 Fragment from The Treaty of Kadesh 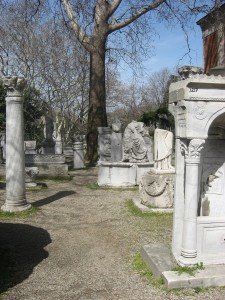